What Is The Best Antivirus For Mac In 2019 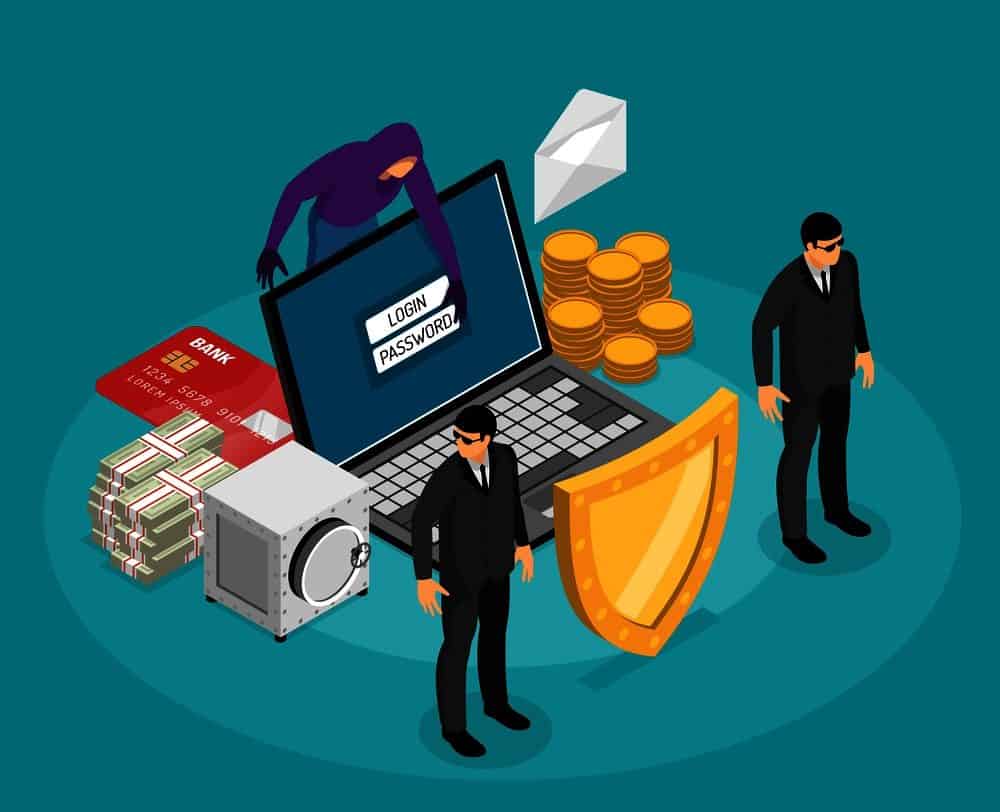 Looking for the best antivirus and internet security software for Mac in 2019, you’ve probably heard it too: last year alone, 14 new instances of malware for Macs were spotted. This only reinforces the idea we underlined in a previous article on antivirus software for Mac OS: even though more difficult to break than Windows devices, Macs are not unhackable.

Then what about all those people shouting that Apple devices are secure and don’t need any kind of extra protection, you wonder? If you ask us, they all prove to be overconfident, to say the least.

Coming up next, we will revolve, one more time, around the topic of how to run antivirus on Mac. This time, since we’ve ruled out the “if” part, we’re going to focus on the “how”.

What is a good antivirus for Mac?

Some say that Macs don’t need antivirus for two reasons:

If, despite all that, you’re still looking for dedicated, third-party antivirus for Mac – which we strongly advise you to do… Ideally, the antivirus you choose should provide as many as possible from the following:

Other than that, consider how many system resources it uses, how long it would take it to scan and how much it will pressure your CPU.

How to run antivirus on Mac to test its efficiency?

Testing the best antivirus for Mac usually involves unleashing malware sample files into the system. One cannot really infect a Mac with such viruses because of the proprietary Xprotect technology. Since it’s built into the macOS, it blocks the majority of malware for Mac.

However, using password-protected archives to extract malicious samples will pretty much show you the efficiency of the antivirus software you’re testing. If you’re not quite into it – and really, who has the passion to dump viruses on their Mac and see if the antivirus catches any? – you don’t need to do such things.

Simply use the software that was tested by others. Those “others” do have this passion. They play with malware samples and monitor which apps are best at either deleting the malware files or moving them to quarantine.

When doing so, the overall performances are just one aspect to follow. The ease of use, impact on system performances, and interface look and feel are taken into account. Because just like with the antivirus software for Windows devices, efficiency isn’t everything. It also has to be intuitive and friendly with the user, making it a pleasant experience instead of hindering the Mac from working at its best.

If you have the time and the curiosity, you could try some free versions. Install them one by one and just play around through menus, to see how intuitive it all seems to you. You can even schedule some of the available types of scan, to see how long it takes and how much it uses your processor while doing do.

Don’t know where to start? 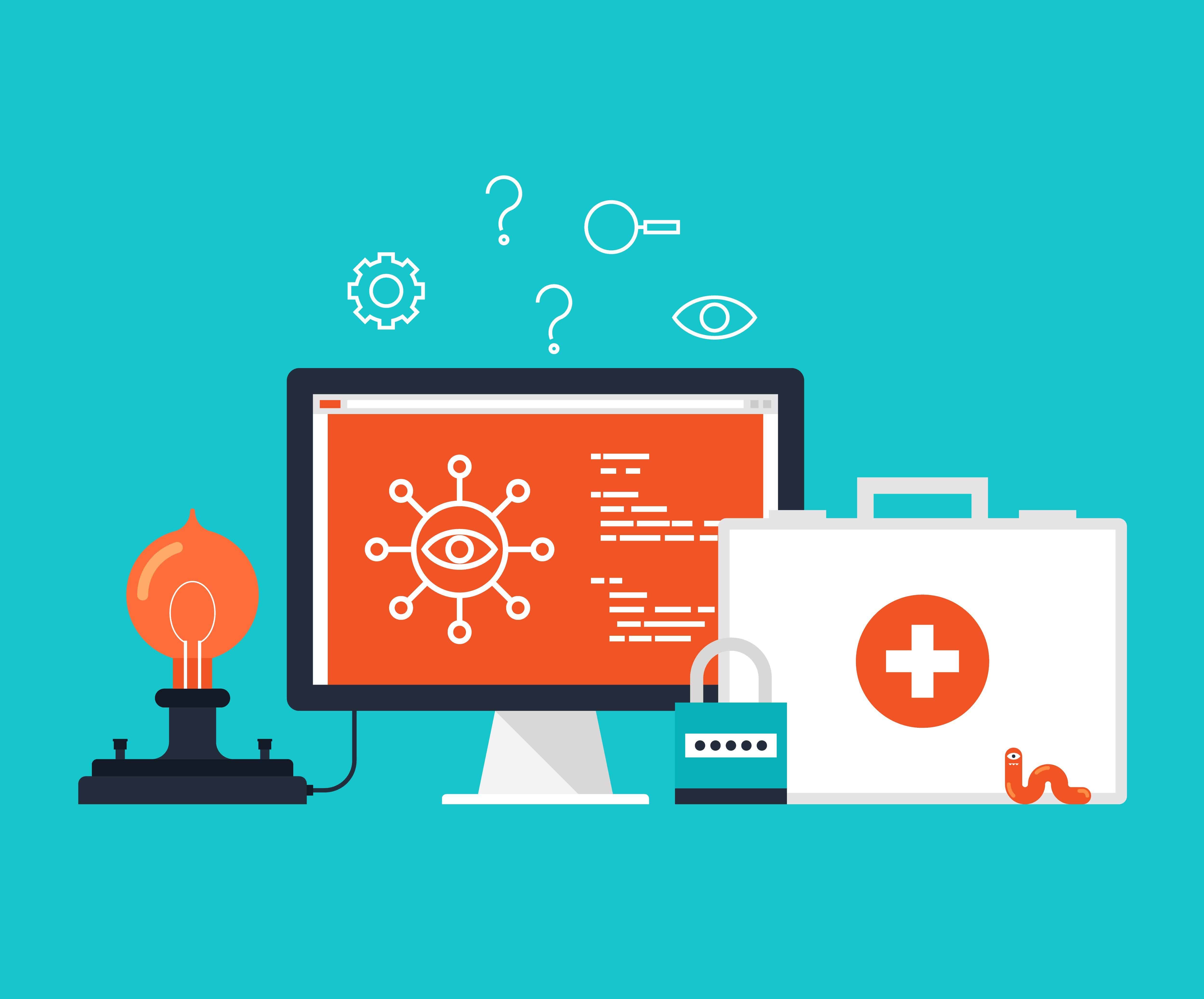 To those questioning “What antivirus should I use for Mac?”…

Some of the names you are about to find are already well-known to you. All of them were tested by individual labs and all of them include on-demand and on-access malware scan.

The malware detection capabilities were decisive factors in mentioning them below. Whereas the extra features played an equally important role.

Long story short, here’s what we strongly believe you should take into account:

The Kaspersky security solution for Macs is one of the most competitive offers currently on the market, far ahead of the pack. Even though available for a fee, its malware detection rates are quite impressive. But what’s even more impressive is the little system impact it has while boasting such high rates.

The parental controls are an extra feature that many would be interested in. Just like the filter that blocks websites trying to track your browsing activity or the option to lock down the webcam. The only less appealing aspect is the somewhat crowded design with menus that don’t necessarily look so easy to go through.

The Bitdefender antivirus version for Mac is, as always, a close competitor of Kaspersky. It also boasts a handy parental control module and really great malware detection. It includes dedicated ransomware protection and it has, by far, one of the most elegant user-interfaces out there.

What pulls it back, however, in the top of the best antivirus for Mac in 2019, is the fact that it does come with a hard to ignore system impact score.

If you’re really looking for the best option that doesn’t put your budget to test, consider the Avast Free version for Mac security. It has a highly competitive malware detection rate (so high that it breathes down Kaspersky’s neck) and a much-appreciated password manager.

Plus, the impact it has on the system when running in the background is minimal. The only significant drawback we’ve noticed is that it brings in quite a lot of bloatware for all the free goodies.

If you’re a fan of Norton, you’re probably right to look it up when trying to decide which antivirus for Mac is the best. Norton, with its 360 Standard package, does offer flawless malware detection. But that’s just about all it does… On the negative side, it is really pricey for the special features that doesn’t provide and the high system impact that it does have.

Check out the even pricier Deluxe or Premium versions for more licenses, firewall, VPN or clean-up assistance.

As a free alternative to the free Avast for Mac, there’s the AVG antivirus version for Mac. Still on top of the list with its malware protection, the AVG is easy to use and reliable. The way we see it, however, it lacks the special features that can be found in other free antiviruses for Mac (not just Avast, but also Sophos and some others). And, also difficult to ignore, it does put some strains on the system even when running in the background.

The Avira free antivirus for Mac is close behind AVG. Free and just as reliable, unfortunately, it also competes with the AVG software in terms of system impact. This time, it makes a less enchanting difference when it comes to the full system scans and not the regular background processes.

Still have some spare room on your shortlist? Consider ESET Cyber Security for Macs. There’s no wonder it’s cheaper than Norton (which antivirus for Mac isn’t cheaper than Norton?!), but it does count that it’s even more affordable than Bitdefender. And it comes with very good detection rates. Not so many add-ons, no ransomware protection, and somewhat sluggish scanning speeds, but did we mention it is really good at detecting malware?

What about Intego, a company that develops antivirus software exclusively for Macs? The Intego Mac Internet Security X9 would get its place in a top 7, though not necessarily on the first positions. The reason, however isn’t in its scanning capabilities, but rather in the lack of extra features and the relatively high price.

One more question on your mind – “How do I know if I have antivirus software on my Mac?”

Whether you’re new to Macs and clueless to how they work or you just got one from someone and don’t know what’s in it for you… You might be wondering how do you know if there’s any antivirus software on your Mac.

If it’s a new device, just so you know, Macs don’t come with pre-installed antivirus software. They do come with the XProtect that we mentioned at the beginning of this guide. But XProtect is their proprietary technology supposed to ensure protection. You cannot uninstall that one, for sure.

What you can do, however, is to install another antivirus for Mac, whatever catches your eye. If anything was already installed on your Mac (other than XProtect, of course), you will most likely get some kind of notification when trying to install the new antivirus – there’s no secret that no two antivirus software can work at the same time.

Needless to say, if you know your way around a Mac and you can tell for a fact it has no third-party antivirus, don’t just leave it like that. Clearly, Macs are no longer unhackable.

If you don’t worry about actual viruses, perhaps you should keep an eye on the many different types of malware out there. No?

Are you not even scared about the annoying adware pop-ups?

No remorse for potentially being used (you and your device) to infect other users?

Then consider the need for password theft protection or backups in case of stolen device. Better yet, prepare yourself for the unfortunate event of a ransomware attack.

For all these viruses that could enter your Mac despite its apparent immunity, the best antivirus for Mac could offer you an all-in-one solution and peace of mind.

We’ve just showed you the best antivirus for Mac in 2019. Hopefully, you won’t make it to 2020 still asking yourself “What antivirus should I use for Mac?” because you now know the answers.