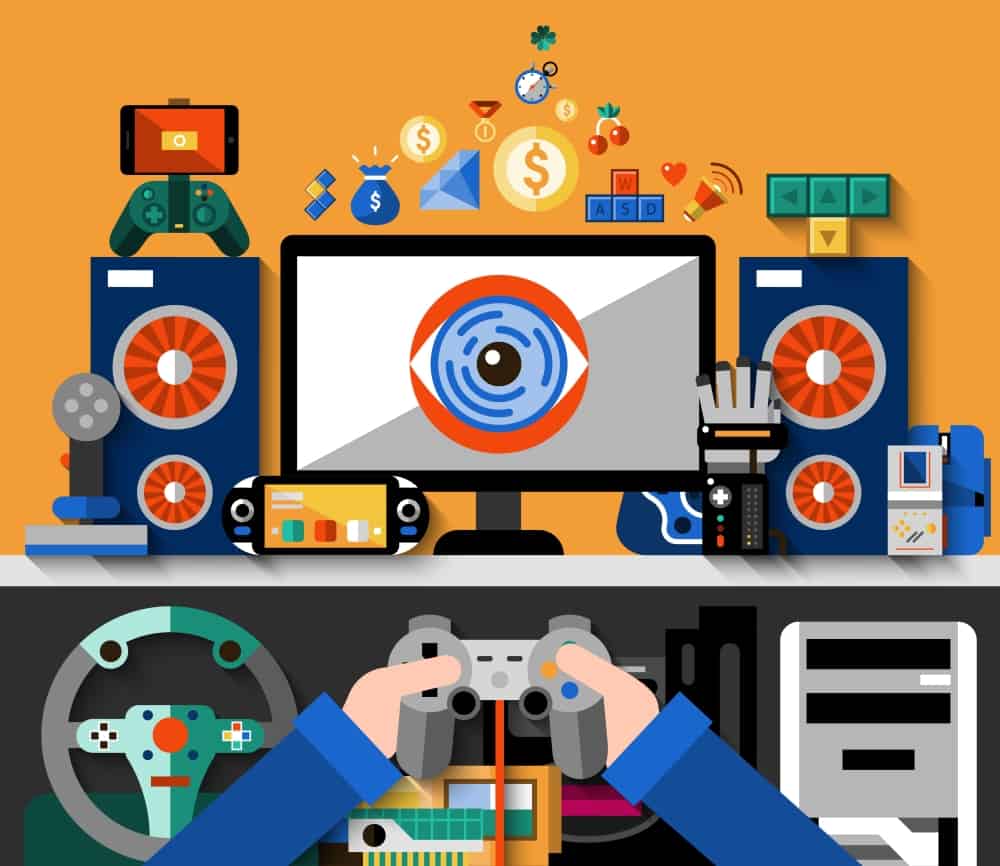 But you’re here, trying to find out which is the best antivirus for gamers. Chances are you know better. And you’re willing to make virus protection a priority. Even at the risk of impairing your gaming experience. Lucky for you, there’s no need to do that!

There are a few antivirus options out there that will go light on your system performances. And will allow you to play your favorite games without having to deal with the nasty stuff. Think of malware, Trojans, exploits, or even crypto mining programs that act as hidden CUP and RAM consumers…

Now, the fact that there are a few options is certainly good news. But like always, having more options doesn’t make it easier to decide. Which is the best gaming antivirus?

Of course, you want all that while also knowing that your PC is as secure as it can get, running at full capacity.

Is there any dedicated solution out there?

To cut to the chase, there is no antivirus software out there specifically conceived for gaming. Sure, developers advertise some of their products as great gaming antivirus software. But what they mean is that it provides a dedicated gaming mode.

This mode doesn’t run by default. Though it can be activated from the settings menu of the antivirus. Or it can activate automatically, as soon as you start playing a game. However, automatic detection would depend on the antivirus you’re using.

In any case, once that mode is active, certain limitations will come into play, compared to the normal running mode of the antivirus.

So, after looking into the best-rated antivirus software currently on the market… We’ve particularly noticed the following software with dedicated Game Mode:

Some of the avid gamers who did their homework might recall… Avira got the Best Free AV Solution For Gamers title from PC Gamer. And still, with this antivirus, the special gaming features don’t come for free. You’ll have to consider their Pro version, a paid security suite, to make use of a game mode that will allow you to:

Worried that it brings to silence both the antivirus and the firewall? That doesn’t mean it pauses it. Both will be working in the background, quietly. But should something happen, protection is still enabled. You’ll be able to get the notifications and the alerts later on, after the game is turned off.

As opposed to other software, this one won’t switch to the normal running mode by default. You have to manually take care of it when you’re done playing.

Bitdefender comes with three different modes. Users can switch between the gaming mode, the movie mode, and the work mode. They actually call it profiles. As expected, when activating the gaming mode, officially known as the Game Profile, you’ll benefit from a series of modified protection settings.

Those settings are meant to strike a balance. Between maintaining your computer protected and reducing the system impact as much as possible, there’s quite a lot it can do. Just like the Avira game mode, the version from Bitdefender will:

On Bitdefender, compared to Avira, there are two options particularly attractive. One allows you to configure the Game Profile. The other will secure your online payments through SafePay.

Avid gamers go on all kinds of third-party sites. And they are often required to make online payments to get certain games or unlock certain play features. And so, they could use payment protection a lot more than the regular internet users.

With its help, you get to use a unique browser window for any payment-related process. This one will offer protection against any attempt to hack your payment details, as well as against keyloggers.

And after you buy yourself a new game, you can add it into the settings of the Game Profile, at the Games list button. That button will actually allow you to browse through your computer, all the way to the newly installed game’s executable file, and select it.

Have you added it to the list? The Game Profile will recognize the game and activate itself automatically. Every time you’ll launch the game, from that moment on!

By default, the Game Mode includes a pre-set of 20 profiles of the most popular games. Once a new major game is released, BullGuard will create a profile for it and push it automatically. Between these two, users can always create new profiles for their favorite games, in case they’re not on the list.

The Game Mode window will let you look at:

As a side note, BullGuard is pretty popular for its customer service. Which means that whatever tech support you might need, you can expect to get actual help in a timely manner.

If you opt for Avast, one of the reliable choices among gamers, you’ll notice that the paid plan comes with quite a lot of extras. Regarding the Game Mode, in particular, it will:

As opposed to the previously mentioned best antivirus for gaming, the Avast Game Mode will automatically detect when you run a game and add it to the list of game entries. You don’t need to manually add games in its menu, though you can do that too, if you want.

In fact, its main three options are to Manually add game entries, to Edit game entries, and to Manage the Game Mode Settings. From the last menu, you can enable the options to:

If you don’t want to pay for it, you’ll be happy to hear that even the free Avast version is popular for its effective malware detection results. The antivirus should be able to detect when you launch a game and turn on the Game Mode automatically. But if that doesn’t happen, one can always add the game manually, so the antivirus will recognize it the next time.

To draw a conclusion

No gamer out there will want distractions or slowdowns when in the middle of a playing session. At the same time, nobody wants online threats. So, the best antivirus for gamers this year or in any other year from now on? It would have to offer maximum security and minimum intrusiveness on game time.

You might not like the following observation, but the truth is that the best compatibility with the largest selection of today’s most popular PC games comes from… Windows 10. In other words, if you want your antivirus to stop acting crazy when you’re trying to play a game, consider an antivirus compatible with Windows 10.

Then, consider one of the options we have detailed above, for the hard to ignore benefit of their built-in Game Mode modules. We would tend to recommend Bitdefender, given the security it provides, the flexibility it offers with the Game Profile, and the SafePay option. If you have a different preference, go for it. After all, any good antivirus out there with a Game Mode is also a good antivirus for gaming.