Can you get an antivirus for mac? 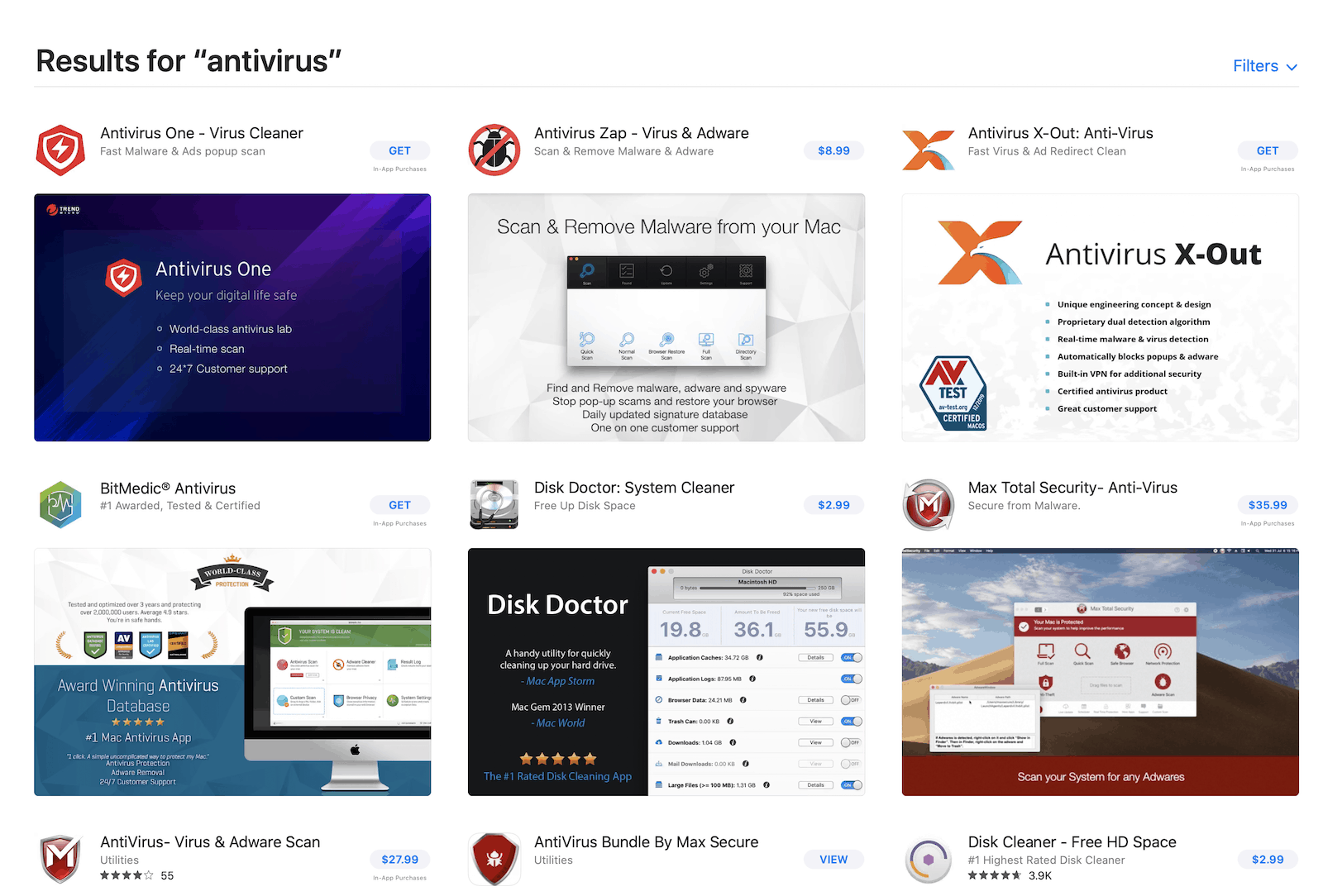 I am a mac user! I like using my MacBook pro over a windows laptop, even thou I use both daily. Macs are easy to use, friendly interface, and they don’t bother you with useless notifications. But being a suspicious kind of guy, I wandered more then once if I can get viruses on my mac. Did a little bit of research, and yes, you can get infected even if Macs are more secure then Windows machines.

Can you get an antivirus for mac? Yes, you can! There are more than two dozen antivirus vendors that offer such software for mac users. Using an antivirus will give you an extra layer of protection and keep you safe from know and new mac viruses and malware.

It is a good thing that antivirus companies discovered the weak spots that Mac OS has and addressed them. Now let’s take a look at which vendors offer antivirus solutions for Mac.

There is a lot of antivirus software to choose from. Big and small security companies saw that macs are getting more and more attacked by hackers. Like any operating system, Mac OS is not free of vulnerabilities, and hackers started to discover more of them. Luckily for us, Antivirus vendors started developing antivirus software for Mac too. Here is a comprehensive list:

As I said, there is a lot to choose from! Basically, nowadays, every antivirus developer will offer a mac version too. But how do you know which one to choose from such a big list?

What I think are the best antiviruses for mac

When I choose which product to use, I look a few things:

They are in the security game since 2001, and I always liked their products. It was the first antivirus that I purchased and used on my pc and never let me down. They have few products for mac from just a virus scanner to a complete security solution that you can use on multiple devices, including your iPhone. With their top of the line offer you get:

If you want to learn more about their mac solution, click here

Founded in 1987, McAfee is one of the leaders in technology security. I have used their antivirus before, and it never let me down. Never bothered me with unnecessary notifications or popups, and it wasn’t a performance killer. What I like most about their antivirus is that whenever I do a google search, it will show me in the results if the website is safe or not.

Their most comprehensive package offers:

To learn more about their antivirus software Click Here

This company has over three decades of experience in the antivirus industry. I used them as my primary antivirus for a while, and it was great software. I didn’t get hacked while I was using this antivirus, and it was pretty quiet. It never killed my pc performances and detected viruses whenever I encountered one. Norton also has comprehensive and straightforward solutions for mac that offer:

Does Apple recommend antivirus for Mac?

They are not directly telling if you need an antivirus or not. On the official website, Apple talks about the security features already built-in but only on the latest models. Apple also mentions that its latest operating system has an ‘industry standard’ antivirus built-in that can handle malware and viruses.

I think they did a pretty good job with their antivirus like Windows did with their built-in one. It will protect you against known malware and viruses. Also, they claim that if you are using Safari for internet browsing, you will be safe. Intelligent Tracking Prevention is built-in and will stop websites from tracking your internet activity. Safari also has a database of known malicious sites and will stop you before you enter.

The most emphasized security feature is the T2 chip included with the new models. This chip provides the foundation for Touch ID, secure boot, and encrypted storage capabilities. Those are useful security features. I like the touch id because I don’t enter my password every time I want to do something as an administrator. But the drawback of using the fingerprint scanner is that you have to be really careful and read whatever an app requires access to. If you think about this scenario:

It is just a silly example, but it is that easy for you to get hacked. And believe me, is just a matter of time until the hackers discover the weaknesses of Apple’s built-in antivirus

Should you install an antivirus on Mac?

If you run on an older mac, you are out of luck. Apple is not supporting installing Catalina through regular updates. You have to install it yourself manually to get the latest antivirus. And probably installing Catalina will slow down your mac or you will have compatibility issues. I have a newer model of MacBook Pro, which runs on Catalina, and from time to time, my mac will just freeze for no reason. I think it will be worse on an older model.

Apple is known for its horrible customer support and service when it comes down to repairs or recovering data. If you have a broken mac, almost anytime they suggest buying a new one or replacing the logic board. This means losing all your data and starting from scratch. So being really cautious will go a long way. If you have an older mac or if you want an extra layer of protection on your new one, go ahead and get antivirus software.

Yes, you can get an antivirus for mac. Mac OS is a pretty secure operating system not because of its price but because of the way it is built. It is hard to crack but impossible. So having a mac is the first layer of protection but a really basic one. But do you really need it? Yes and no! If you know what a lot about how you can get hacked and stay away from the hacker’s doors, I think the built-in antivirus will do just fine, even if you are on an older mac. If you don’t have a lot of knowledge about viruses and malware and how they can get to your mac, you are better of using antivirus software. I think they do a better job identifying the online threats than the built-in antivirus does. Whatever route you choose, it is vital to protect yourself somehow!