Does Antivirus Slow Down Games? 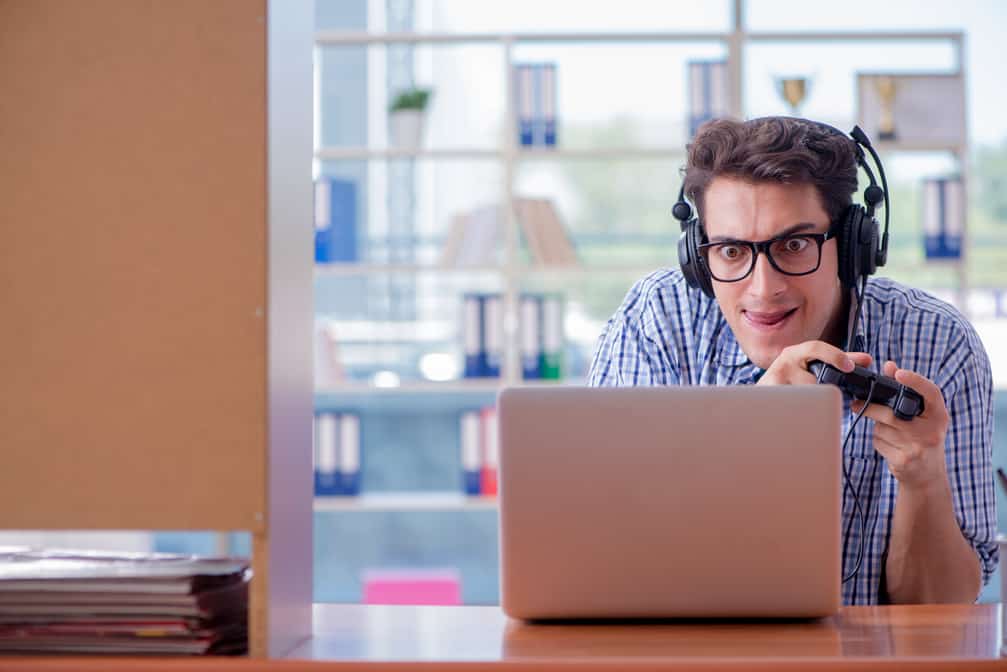 Passionate gamers who invest in custom PCs never worry about it. Still, with average computers and possibly just as average gaming interests, the uncertainty is painful for the rest of us. You want to know if an antivirus slows down your games. Especially if your computer isn’t that powerful. Or if you’re guilty of playing first-person shooters or third-person open-world action-adventure games. So, here’s how I see it…

The answer doesn’t just depend on your system resources. How the antivirus works AND what types of games you’re playing also matter.

The web is full of articles telling you that antivirus software uses your system resources. But none of them gets to the nitty-gritty of how, how much, and why! Below, I’d like to share those details with you.

What resources does antivirus use? 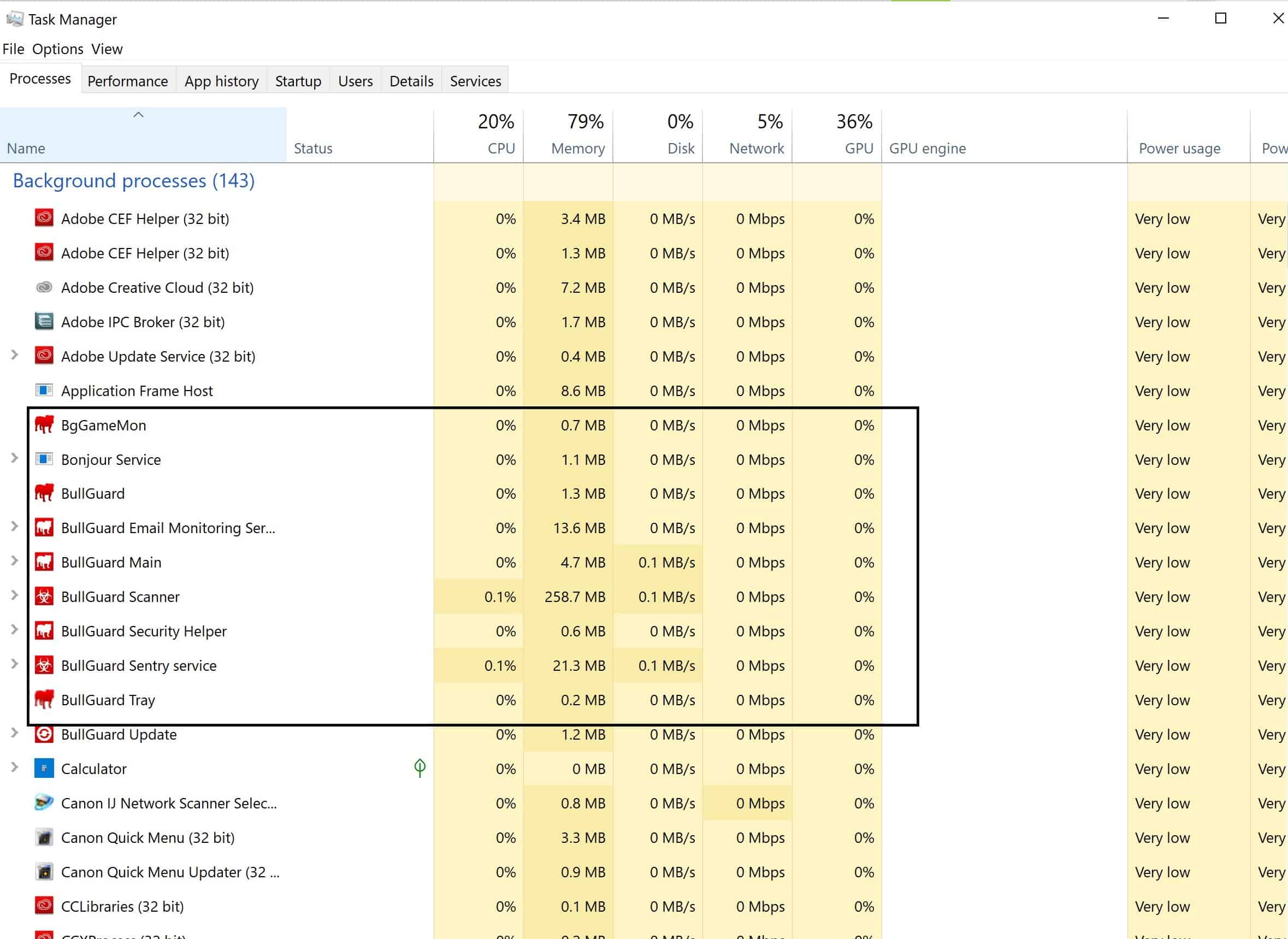 Your antivirus is software. It mostly runs in the background, analyzing all the processes and actions you initiate on your PC.

Its job is to monitor that traffic constantly. It needs processing power from the processor, RAM, and physical memory from the hard drive. Basically, AV software must use all of the three components of a system to perform as intended. And it does so all of the time!

The higher the data flux on your computer, the more resources the antivirus will need while running in the background. So, this applies to what the AV is intended to do regularly! If you also count the active scans, the so-called “deep scans” you initiate yourself will take up even more resources: Storage, RAM, and CPU.

Plus, a game takes up pretty much from the same resources – Storage, RAM, CPU – and video processing power.

What resources contribute to a low AV impact on gaming?

While all of the above sound bad in theory, it doesn’t have to be like that in practice.

The processor’s quality makes a significant difference in how much the antivirus will slow down games. Is yours from a newer generation and with more built-in cache memory? Then there’s a high chance that the AV’s impact on the system’s functionality will be minimal to unnoticeable.

Then again, a low-end processor will struggle. While handling both the requirements of the AV and the ones of the game, lags are inevitable.

By now, you’re probably wondering what kind of system can handle it all with flying colors. In my experience, the requirements are as follows: a processor starting from i5, the 5th or 6th generation, at least 8 GB of RAM, and an SSD hard. You should be more than fine while playing a wide range of average games with this setup.

If, as suggested at the beginning of this article, you have a gaming PC, it means you already have a dedicated GPU, at least i7, if not i9 or a Threadripper. Those, for sure, won’t feel the pressure of antivirus software in any way!

The worst-case scenario is when your PC runs with an older CPU, like Intel Celeron or Atom. On those, antivirus software will have a more than noticeable impact – the kind of impact that makes you smash your head against the keyboard or throw it (the keyboard, not the head!) out the window altogether…

Now, would you like to keep an ace up the sleeve? If so, you could make sure that the AV won’t slow down games with a certain move. Get yourself a gaming graphic card, which typically has more built-in memory and relies less on the CPU!

Is antivirus affecting your FPS?

Maybe you’ve noticed what I already mentioned… Games rely on pretty much the same resources as the AV, with the added video processing.

When running a game, the graphic card is doing all the hard work. Plus, it does so while also accessing the hard drive, the processor, and the RAM.

Because the antivirus doesn’t need video resources, it typically doesn’t affect your FPS either. BUT…

Video processing takes CPU power, and your antivirus needs CPU power, which brings us back to the above section. The shittier the processor on your PC, the more chances of issues while playing a game with the AV active.

Long story short, the antivirus shouldn’t affect your FPS if you’re playing demanding games with an i7 processor or average games with at least an i5 processor AND if you have an RTX series or Radeon RX equivalent GPU

Should you disable the antivirus while gaming? 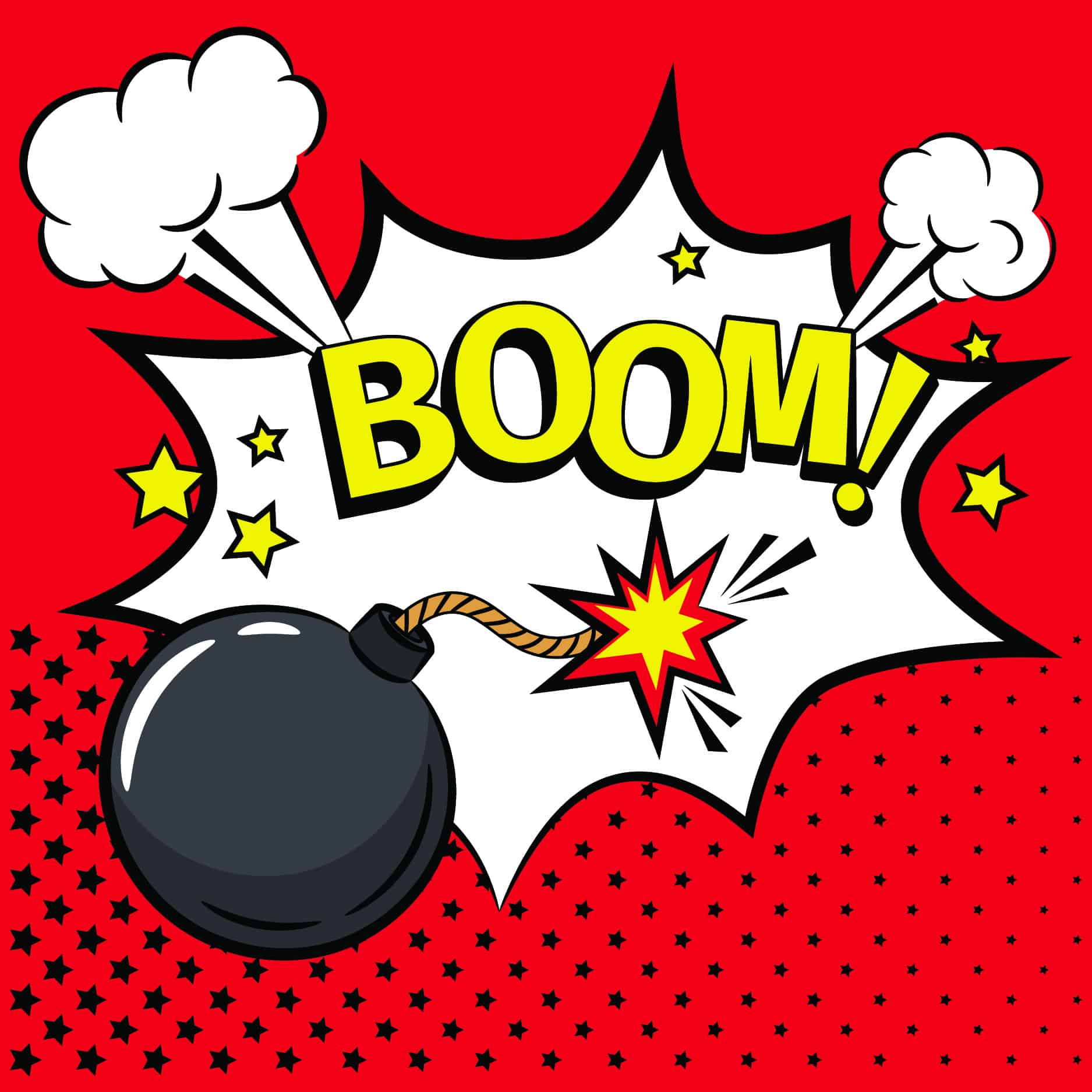 You can always disable the antivirus while gaming, though, if you care about your protection, you shouldn’t do it. After all, that’s what hackers are praying you’ll do.

Not happy with how your computer handles games? Don’t have the option to upgrade its hardware? You can do one of the two things:

Suppose you’re thinking about installing dedicated software to optimize your PC’s performance? Don’t do it!

Usually, when antivirus does slow down games, it’s not because of it, but rather because of the system configuration. If you add software, you’re inviting another consumer to share the already-limited resources with the antivirus and the game.

So, you’re left with picking antivirus software that can help with a smooth gaming experience…

Which is the best antivirus for gaming?

By far, the best overall antivirus for PC gamers comes from BullGuard. The runner up is from Norton (though it might surprise you a bit). And if you’d like to make a compromise with a lightweight option, consider Webroot’s Secure Anywhere. Here’s why:

This one features the Game Booster function. It also has small resource demands. And it protects your PC while relying on machine learning and other next-gen security systems. It isn’t that expensive, and it is the best combo of robust security features and low resource demands.

What’s more, during tests explicitly conducted on gaming impact, BullGuard proved that it doesn’t just reduce its effects on your games! It can even speed up your games while you’re running its Game Booster mode!

With the Norton Antivirus Plus, you get similar protection to what BullGuard offers you, and just as many features and options to tweak. It’s slightly less expensive than BullGuard, though, still far from cheap. And it doesn’t have a dedicated Game Booster mode.

However, it does have dedicated Quiet and Silent settings that you’ll be happy to activate and keep any pop-up notifications at bay.

With SecureAnywhere from Webroot, you’re getting antivirus software with in-cloud processing. It truly minimizes your computer’s RAM usage without making too many compromises in terms of security. Of course, it won’t match the detection rates you get from the other two options. And if your internet connection goes down, your PC protection is affected. Just ponder the pros and cons for yourself…

If there’s one more thing I’d want you to take away from this, it’s that light antivirus doesn’t guarantee higher detection rates. At the same time, if some antivirus software gulps up your memory usage, it doesn’t mean it’s a great antivirus, either! So, this shouldn’t be the decisive factor in choosing AV that won’t slow down games.

What’s more, sometimes, when you’re stressed out about the antivirus slowing down your games, stop and think for a second that maybe, just maybe, it’s your internet connection causing the lags?