Free or Paid Antivirus Software – Which is Best? 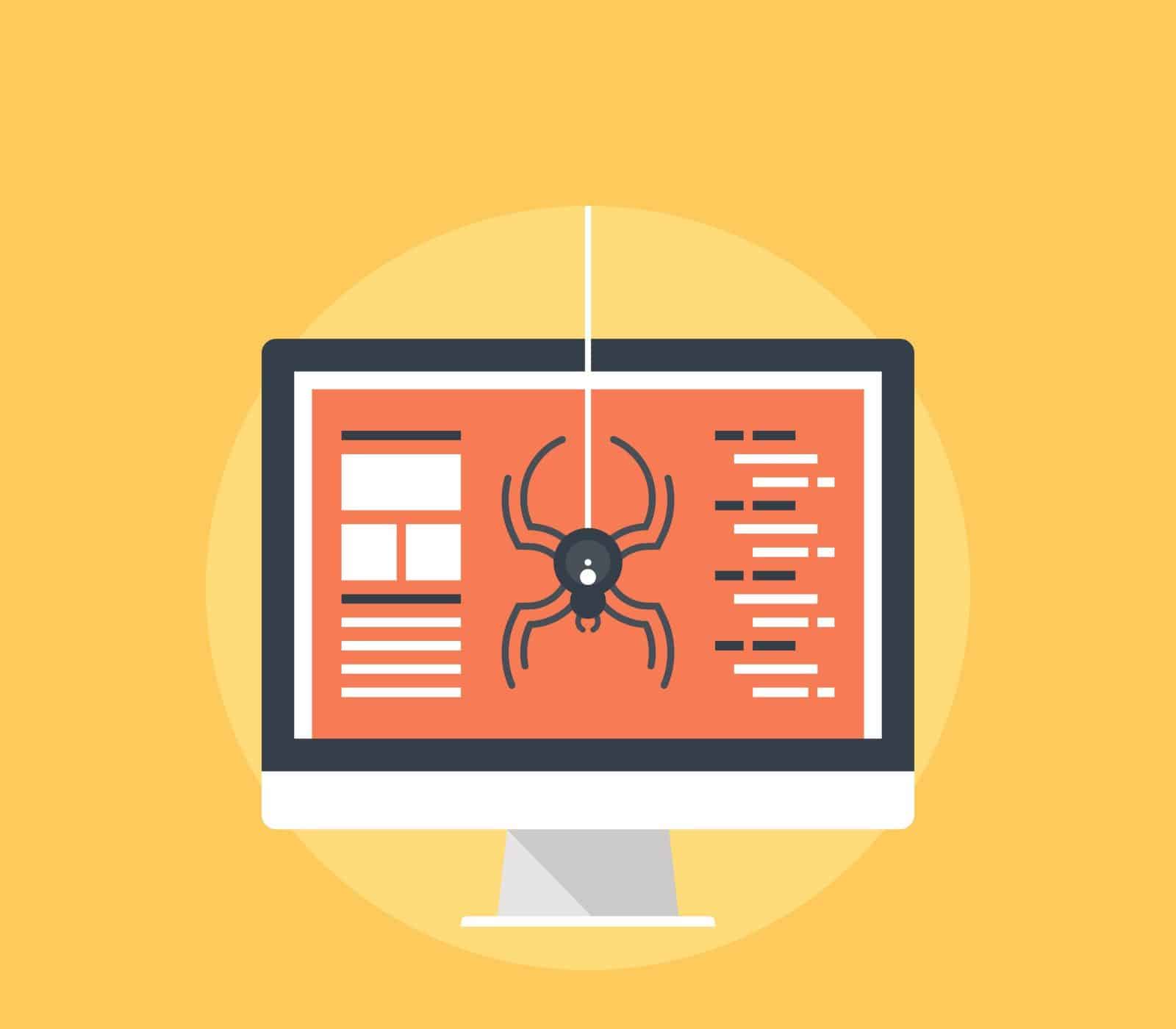 To pay or not to pay for antivirus protection is a personal decision. Most of us would take it based on previous experiences with cyber-attacks. If it didn’t happen to us or to anyone else that we know, the temptation to go for free instead of fee is understandable.

Nevertheless, how many people who ignored the necessity of using an antivirus ended up losing sensitive data and went out there to brag about it? Statistics say that cybercrimes are severely undercounted. Most victims are too embarrassed to report it.

By 2021, the world will pay roughly $6 trillion annually for cybercrime damages.

That’s more than the damages caused by natural disasters in a year.

And even scarier, it’s more expensive than the global trade of all the major illegal drugs put together!

Whereas everyone agrees that some kind of protection is required, the free vs paid antivirus dilemma still exists. Some say it’s one of the best investments you can make. Others, on the contrary, call paid antivirus a complete rip-off. Should you pay for something that’s available for free? Why?

Coming up next, we will try to answer these questions, by weighing the pros and cons of each option. Speaking of which, what options do you have out there?

It doesn’t just come down to Free vs Paid

The big names of the industry – think Avast, Avira, etc. – have free, stand-alone antivirus software. While other developers are only offering the free version as trial. All of them push ads and upgrade-to-next-level notifications. And all of them are saving something extra for the next tier, from support to extra security layers and fancy features.

So, it only makes sense to wonder… What does the next level have to offer that the free version isn’t offering? By now, we can already underline three of the most significant advantages of paid vs free antivirus:

By contrast, free antivirus software is accessible to anyone. Since free protection is better than no protection at all, it makes a case for choosing it. Then, you also have the arguable point that more features don’t always imply necessary features.

From this perspective, it becomes obvious that one can find lots of acceptable reasons to choose paid antivirus and just as many good reasons to go with a free product.

Maybe you don’t need the extra features of the next-tier antivirus package.

Or maybe you have alternative solutions from third-parties, available for free or for a smaller fee, which you can use to supplement what the free antivirus lacks.

Maybe you don’t mind the popups and pushy salesy messages.

Or maybe you’re only using the web to watch movies, play games, or simply chat with a friend or two on a social network.

If that’s the case, choosing if and how much to pay for antivirus is actually more of a decision of putting a price tag on your cyber security and needs.

What makes for good antivirus software?

In a nutshell, the simplest antivirus software will detect malware, by looking into the signature code of the suspicious file or app. Enhanced antivirus software comes with enhanced detection mechanisms and can detect more than just malware. Anti-ransomware, anti-phishing, and even anti-adware are considered extra features that come with extra costs.

Then again, just because it is free antivirus software it doesn’t mean it cannot include certain extra features. In fact, developers are interested to promote decent free antivirus software to hook clients and try to convince them, later on, to upgrade to premium packages. That is why even the free versions are nowadays becoming more and more competitive.

Because of that, it is certainly difficult to pinpoint antivirus software as ineffective just because it is free or the other way around. A good antivirus should be able to provide as many as possible of the following features:

These features may be described in one way or another, if available in a particular antivirus package. The must-have features of complete antivirus protection are:

Can you find any of these for free?

Looking into the many antivirus offers currently on the market, one can easily notice the overwhelming amount of information and the competitivity. There are differences even between antivirus software that promises the same features. Those differences are usually given by:

Especially from the perspective of the last observation, one thing is obvious. The larger the network of people who use that particular antivirus, the higher the chances to benefit from essential software updates.

Say that one user is infected and the antivirus from his device has identified and isolated the threat… It will send the new information to the entire network. Following this update, your own device will be better protected, should you come to the point of encountering the same threat as that other user.

Long story short, you can find such features for free, though not all of them. For instance, you could benefit from a wide range of scanning options yet lack the anti-spam or the advanced rootkit detection in free antivirus.

And so, you need to look into the main features, ponder the offerings against your needs, and then decide.

But are there any other differences?

Those who support the idea of paying for antivirus protection have a couple of concerns in mind. One would be that security software companies might treat differently their free and paid software.

Nevertheless, signature updates are usually the same in both versions (when coming from the same developer!). As explained above, the developer will want you to upgrade. But it doesn’t convince you by leaving your device exposed to threats… It does so by offering you extra, convenient features.

In other words, the basic signature database should be the same in both free and paid antivirus software developed by the same company.

Then again, when opting for paid antivirus with extra features, you should also have extra configuration options.

Thinking about using free antivirus and installing a couple of other free security utilities to complement what the antivirus lacks? At some point, you might find it difficult to juggle between all those utilities. Not to mention that some of them might get into conflict and troubleshooting is more complicated.

Getting features freely, from other third parties, can be tempting. But paying to get it all from the same developer will have the convenience of perfect compatibility and ease of use.

Next after signature updates, detection rate is another understandable concern. Again, malware detection rates were almost identical between free and paid antivirus from the same company. These results were supported by various independent tests of basic performance for catching infections.

Those tests made it pretty clear that traditional scanning for infections was conducted at relatively the same speed and with very similar effectiveness. False positives may be spotted in free antivirus scanning results more often. But simply submitting, for free testing, a potentially dangerous file to a website like Virus Total will easily clear things out.

Pay attention, though, that “traditional scanning for infections” is the key to this observation. It’s not the old, common threats that make a difference, but the new ones. The most significant difference between free and paid antivirus is given by the ability to spot the brand-new threats!

So, you’re not only paying for extra features?

If free antivirus can match paid antivirus at a basic level, detecting new threats is a completely different story. That’s because new malware is created at an alarmingly fast pace and detecting it requires more and more elaborate system-behavior monitoring.

As you can imagine, developing that kind of technology takes time, brain resources, and money. Money to pay the brains and to implement their software. And so, it becomes clear…

To stay up to date (if not ahead of) the latest threats, it takes significant investments. Developers normally get a return on those investments from selling software. How much of their work they are willing to provide for free is a company-based decision with multiple marketing factors taken into account.

Paying for antivirus protection is not just an open gate for extra features, but also a form of supporting developers into new research.

In other words, a free antivirus might offer you decent detection rates with scanning and some kind of browsing protection. But if you want more elaborate, real-time detection of the latest threats… If you need to tweak firewall settings in detail… If you want protection for your online payments and for your children’s web navigation…

You have to pay for it all.

Nowadays, more and more people are using internet connected devices. Not just for web navigation, but also for home smart equipment. The Internet Of Things is on the rise and there is no accident that the Internet Of Things devices are considered a favorite target by hackers.

The number of people who need minimal protection is dropping. And so is the number of those who are sufficiently protected by free antivirus software. This doesn’t mean that free antivirus is no longer an option. It just means that paid antivirus is more likely to cover the security needs of more and more people.

Because yes, the free vs paid antivirus dilemma comes down to individual needs. Who needs antivirus software and what for? The answer will make it clear if paid is better than free or not.