Are You Using Safe Android Antivirus? Useful Tips For 2019 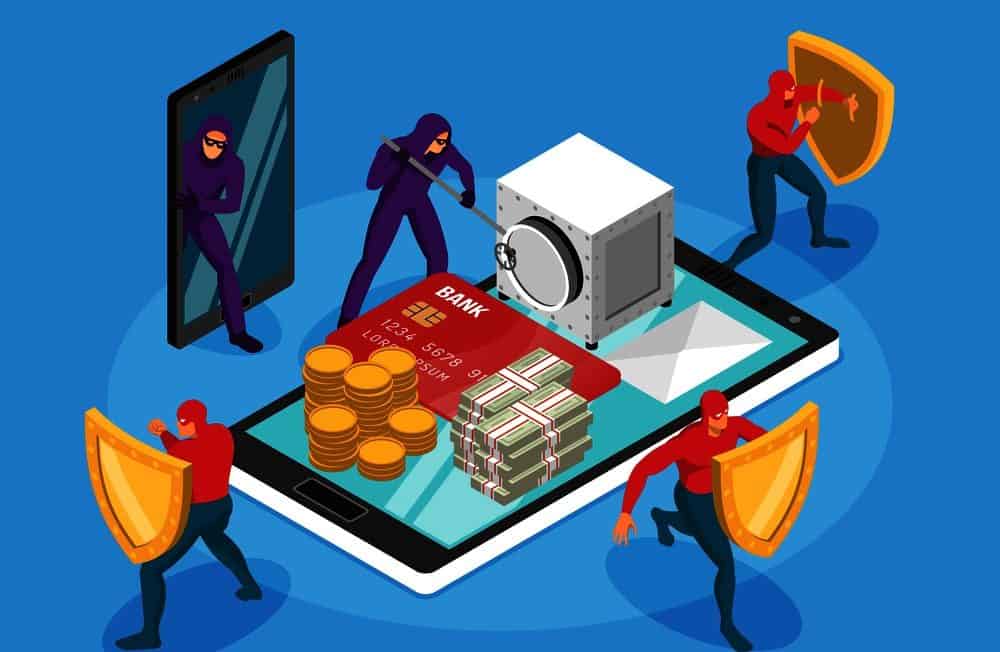 The best antivirus for Android makes a hot topic of debate. You might recall that we’ve also talked about whether you need antivirus on mobile devices or not, in a previous article. Now, about the untouchable Linux Kernel at the core of Android devices… Apparently, this isn’t a strong-enough reason for people to deny the importance of an Android antivirus.

If you think of it, Android is the most popular (as in widely-used) operating system around the world. It literally has so many users (read potential victims). Therefore, hackers have all the reasons to keep trying to find and exploit any potential weakness.

Add the fact that there are many other online threats to look out for, apart from malware… And you’ll know it too – it’s just best if you can rely on the most secure antivirus for Android. But which one would that be?

Read on for some useful tips for 2019 and our top recommendations in terms of safe antivirus for Android devices, smartphones and tablets.

The specifics of the best Android antivirus app

Different devices have different features because they were specifically conceived to cover particular user needs. For instance, for portability reasons, smartphones are smaller than PCs. Just the same, smartphones have more limited system resources because the activities they are most commonly used for are more limited, compared to PCs.

So, it only makes sense that antivirus for Android tablet or smartphone to focus on different things, compared to antivirus for PCs.

As much as everyone appreciates these features, it is still obvious that they are rather extras. The most important part still remains the virus scan engine. And as long as the Android antivirus has high detection rates, the difference is given by how many of these extras are included in the free versions.

Taking everything into account, we’ve come to a very tight top 5 most secure antivirus for Android. Within this top, the mobile antivirus software from Avast, Bitdefender, AVG, McAfee, and Kaspersky are relatively sharing the same features, with high detection rates for the most common, known malware. Here’s what each one would offer you…

With over 100 million installs, the Avast Mobile Security is certainly an option to take into account. They call it the “world’s most trusted free antivirus app”, which may be approximately true. In any case, we’d like to focus on the part with “free” (ready to download from the Play Store), since the “most trusted” part is somewhat difficult to evaluate.

In fact, this secure antivirus for Android from Avast is available in three different packages. The free version seems to include the most generous offer (compared to other products at the same level). Whereas the Pro and the Premium versions may not be necessary for average users.

With the free version, you get to:

With the PRO version you can, in addition to the entire above:

With the ULTIMATE version you can, furthermore, benefit from a VPN, so you can keep your online activity private and even access geo-restricted content.

Award-winning protection back in 2018, the Bitdefender Antivirus Free edition for Android continues to advertise itself in 2019 as “the only free antivirus you’ll ever need”. It does have the incontestable merit of being extremely easy to install. And comes as a super lightweight app – you just install the app and schedule system scans.

Since it requires no additional configuration, it is considered one of the most user-friendly Android antivirus options out there. It also puts minimal pressure on the operating system, because it doesn’t run in the background.

Basically, you download it and you let it run. Whenever you try to install an app on your Android mobile or tablet, it steps in and scans it automatically. For system scans, as mentioned, you need to schedule it.

For extra security, meaning anti-theft and anti-phishing, an upgrade to the Bitdefender Mobile Security is the best option. Before you pay for it, use the 14-day free trial and see what’s in it for you. 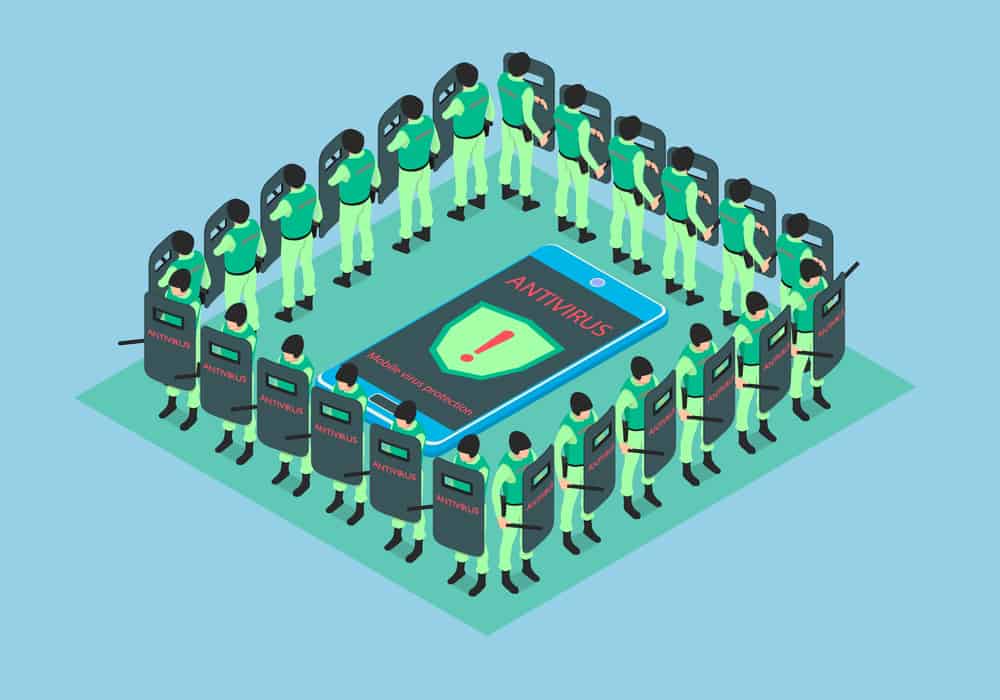 Running shoulder to shoulder with Avast, the AVG antivirus for Android also has over 100 million downloads, so far. As opposed to Avast, however, this one has only two versions for mobiles and tablets – the free one and the Pro one.

With the free version, one can benefit from protection against viruses, spyware, malware, and unsafe apps. It also blocks unwanted calls and allows you to track your phone with it or to remotely wipe all of its content.

The Pro features include PIN codes for app locking, camera trap (option to spy the thief who got your phone, through the camera), and device lock (it automatically locks your mobile if someone changes its SIM).

An interesting feature, when installing the free AVG antivirus for Android, users also get full access to the Pro features, for 14 days. After that, in-app purchase would be required to continue to enjoy those extra features.

Just like the other options, this one offers an antivirus scanner and device tracking options. It puts particular emphasis on the possibility to lock and wipe the device remotely, just in case your smartphone ends up in the wrong hands. And should the worst happen, it can even allow you to take a picture of the thief.

Similar to Avast, the McAfee Security Free antivirus for Android can look at the apps running on your device and monitor their activity. Indicating whether they leak sensitive information or not, if anything, it will lock down the app.

Moreover, it can block your access to malicious apps and give you more control regarding unwanted calls/messages, up to the point of keeping your own blacklist.

Kaspersky, as an antivirus brand, is well-known for its close competition to Bitdefender. And so, just as expected, even their mobile antivirus version comes with very good malware detection rates.

More than just a basic virus scan engine, it blocks malicious websites and links before you click through them. And as something quite different than what we’ve seen so far, it tops off the offer with Android Wear support, for easier security management.

The Premium version of the Kaspersky Mobile Antivirus includes extra features like automatic scan, anti-phishing, confidentiality features, call and text filtering. As you’ve probably noticed, the call and text filtering are, a tad surprising, something you’d have to pay for. With all the other four secure antivirus for Android options that we’ve talked about, that wasn’t the case.

Android antivirus options – it can still be overwhelming

Going through the features of the products listed in this top five and researching many other competitive products, the feeling was pretty clear – it’s as if they all promise the same things! Like mentioned, apart from the efficiency in detecting malware, what’s in it (for free) will make a difference. But just because certain features look good on paper, doesn’t mean it’s precisely what you need.

For instance, many would praise Android antivirus software that optimizes the system resources. In practice, however, having an app that restricts other apps can be a real pain. You might find yourself missing certain notifications from apps that matter to you, simply because the antivirus considered it is not safe to allow its connection to the internet.

And the list of examples can go on, and on. That is why testing them firsthand might prove the only right way to decide which is the most secure antivirus for Android, for your needs! And just so it happens, all of the five names we’ve looked into come with a free version. So, even more reasons for you to go and run some tests on your own, starting from our findings.