What Should You Do When You Are Hacked? 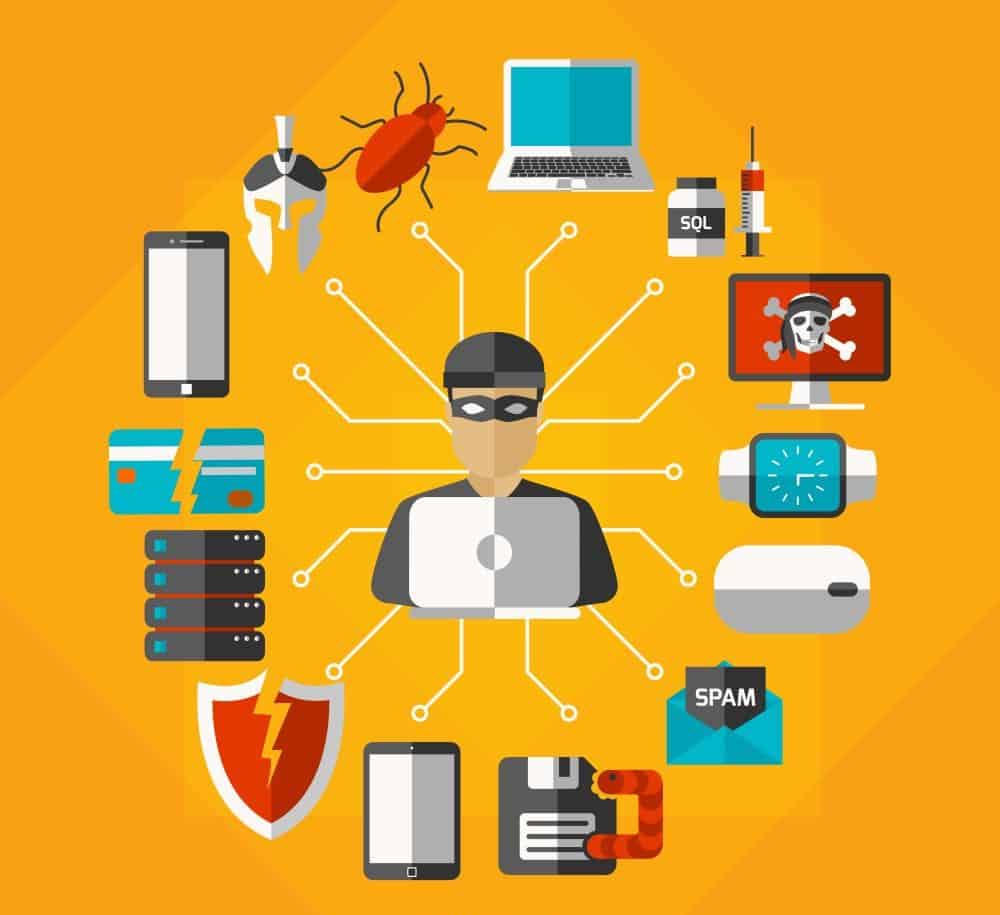 Those who get hacked experience all kinds of feelings. The shame of allowing themselves to become a victim. The outrage against the people who steal personal information like that. And between the two of them, a full spectrum of emotions, which is all natural, by the way.

But hey, if you get there, once you’re done feeling sorry for yourself, you should realize that you’re on a race against the clock.

Hackers know you will eventually notice that one or several of your accounts have been hacked. And that you’ll take action against it. So, they will try to make use of your information as fast as possible. That is precisely why you should take action against it, just as fast, if not even faster.

Of course, two aspects are essential at this stage: knowing that you’ve been hacked and knowing what to do about it. Rest assured, we’re going to discuss both in this article…

How to know if you’ve been hacked

We’ve said it many times before. There are all kinds of viruses and malware out there, with different purposes and operation modes. Depending on what the hacker had in mind, it should be more or less obvious to you that you’re under attack.

Let’s say they’re trying to guess your password for an account. Most likely, they’re going to use a brute force attack. And while testing hundreds of thousands of possible combinations, chances are you’ll get a notification about suspicious activity reported on your account.

Just the opposite, if it’s a well-planned invasion, it will leave you clueless that your computer has been hacked. So, it is safe to assume it’s a wild world out there. And you can go through anything from getting your email account hacked to having your iPhone hacked. Or your computer, or even your home network!

How will you know?

With major hacks, the news will come to you

Like literally you’ll hear it on the news. Major hacks make the headlines of worldwide publications. And when a particular service’s website falls victim, everybody talks about it.

Have you recently heard about a security breach? Are you a client of the compromised company? Then you can assume that your data has been compromised. And you must take action accordingly.

The relatively good news about major hacks? You become a victim along with tens of thousands, if not millions of other users. This means that hackers might never have the time to reach out to your particular details.

Or they might need more time to do so. If that’s the case, you can proceed with the steps outlined below, in the section of what should you do when you are hacked. While you take the recovery steps, you can still hope that your leaked information won’t be put to wrong use.

How to tell if email is hacked

E-mail is such a popular service these days, for both personal and professional use. For this reason, hackers have a high interest in cracking email accounts. And many people have this constant fear: How do I know if my email has been hacked?

Between these two options, there is also the possibility that your account has been hacked and you haven’t even noticed it. That’s because the hacker didn’t cut your access to it.

From the bigger picture, you might see the following telltales that your email is (about to get) hacked:

1.     You start getting notifications about your login activity

This happens when the email service provider notices your email account is accessed from a different region or with a different IP address than you were normally using.

This happens when the service provider notices multiple failed attempts to log in to your account. Like when a hacker is trying to guess your password, which results in multiple failed login attempts, aka a suspicious activity.

3.     You start getting complaints from the people in your contacts list

Is the hacker using your contacts for various fraudulent activities, like sending spam or phishing emails? Some people might reach out to you and ask you what’s wrong with you that you started sending them crappy emails. That would be a great moment to realize that you weren’t sending them emails, which only leaves room for a hacked account.

4.     You start noticing emails you didn’t know of, sitting in your sent folder

Obviously, this happens because the hacker used your account to send emails from it. If your contacts haven’t complained about it yet, it might be just a matter of time before they do so.

5.     You start getting unsolicited password-reset notifications

To be clear, these aren’t necessarily for your email account. They can also target your bank account or other important accounts. The hacker might be trying to get valuable information from you, by tricking you into believing that you need to update some information.

If this really happens and you’re 100% sure that you haven’t forgotten your password, it only means one thing. The hacker already left you outside of your account. You might try to regain access by using the password-recovery tools. But expect it to work if the hacker didn’t have the time to change your security settings. Worst case scenario, you’ll have to reach out to the service provider. After you prove your identity, they will guide you to regain access to your account. 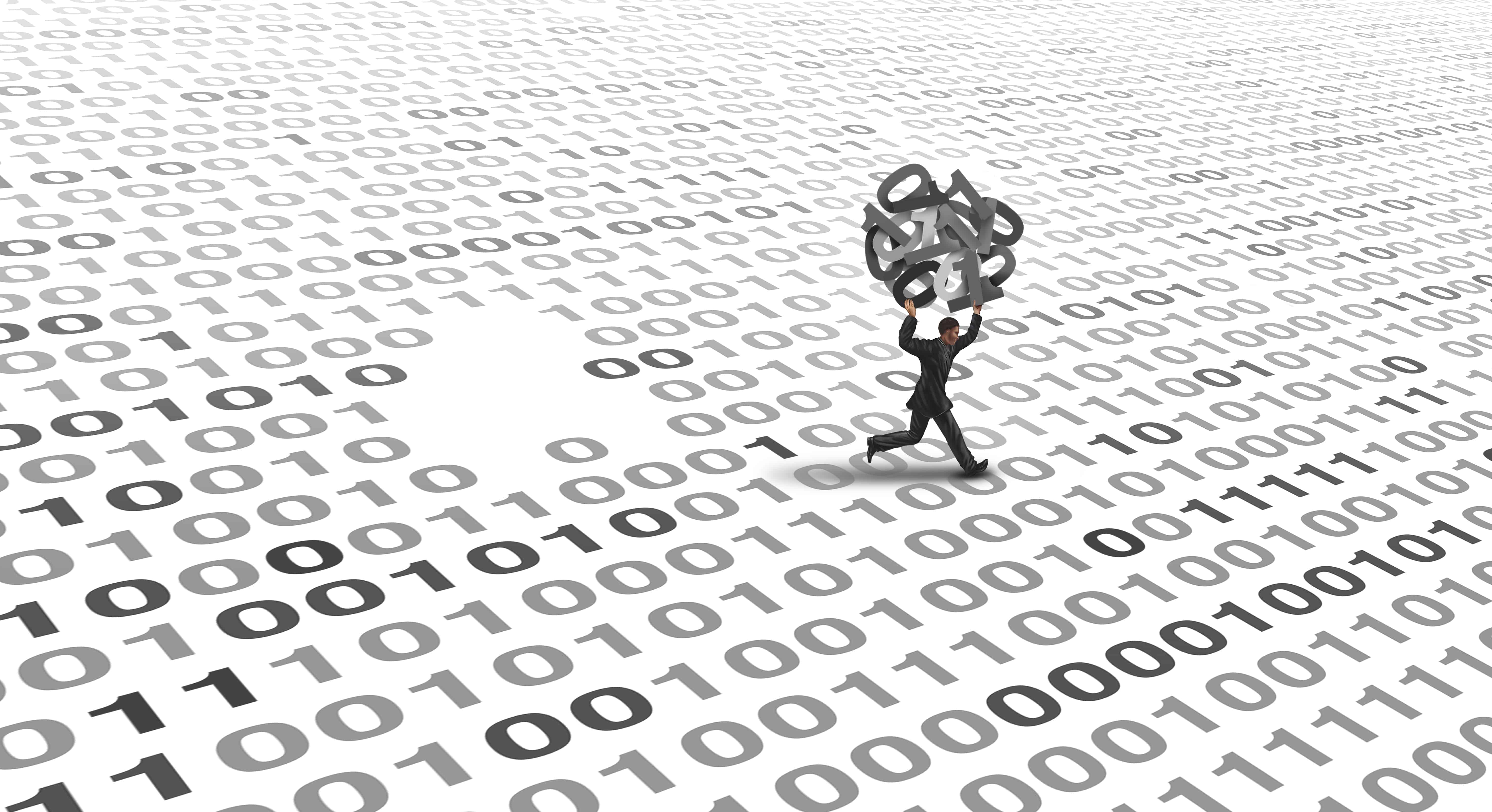 How to tell if iPhone is hacked

We’ve talked before about phones getting infected with viruses. iPhones are no different when it comes to the telltales, even though they might be more difficult to hack. Just to be clear, in case your iPhone / or Android / or Windows phone has been hacked, you might notice one or several of the following signs:

How to tell if computer is hacked

If you have an antivirus software installed on your PC, you might notice something strange about it as well. It might stop getting regular updates. Or it shuts off by itself, or it starts sending you all kinds of alerts. Regardless of what is different, there’s clearly something going on.

Surfing the web can also bring you some surprises if your computer was hacked. For instance, the web browser might start showing toolbars you haven’t installed. Or change its homepage without you lifting a finger. Or just redirect you to shady websites.

If you’re using other software and apps, you might notice some changes in their behavior as well. In short, whatever raises your suspicions, particularly when coupled with some antivirus notifications, is probably worth further investigation.

How to tell if Wi-Fi is hacked

Knowing if your Wi-Fi was hacked or not is essential. In the unfortunate event that it has been hacked, the attacker can actually have access to literally all the data transferred through your wireless home network. And he can even hack into all of the devices connected to it, provided you’re not having some decent protection with each of them.

Now, there’s a difference between someone finding your Wi-Fi password and using it to take from your bandwidth, respectively someone gaining router level access. For the latter, how much the hacker will see or get from your devices will depend on what kind of security you have in place.

Long story short, you might be able to tell that your Wi-Fi is hacked if you notice any of the following:

What to do if you’ve been hacked

Done feeling sorry for yourself? Time to actually start doing something about it. Because like we said before, the faster you act, the more chances you have to minimize the damage.

It can be a minor incident like having your email password stolen. Or something more serious, like having your entire network hacked, not to mention dealing with identity theft. The latter can be devastating, to say the least.

What matters most, however, is that you act fast. Sure, precisely what you do can also impact the outcome of this experience. Though if we were to sum it up, we’d stick to locking down your accounts while securing your identity and keeping an eye on it all, for some time following the incident.

Exactly what should you do when you are hacked?

Basically, when the negative scenario is confirmed, you need to act fast to minimize the damages. Then, you need to rethink the entire situation, just to make sure you haven’t overlooked anything.

After the immediate danger has passed, you must now, with a clear head, take the time to implement extra security measures.

Furthermore, when it’s all done, you must remain vigilant. Below are the steps we’re talking about.

Assess the situation. Assume the worst. Change the password

It’s as simple as that. If one account got hacked and its password isn’t unique, the hacker can reach out to your other accounts sharing that password. You don’t want that to happen, so you’ll start changing passwords right away. If you can’t do that, contact the company and ask them to freeze your account until you find the means to change the password.

Then, you must think of what kind of personal information could the hacker have accessed through the compromised account. It could even be your SSN or other sensitive data. Recap and double-check by calling the bank or the phone company to make an inquiry about any potential changes that have been made in your name.

Look at your email account to see if suspicious emails were sent from it. Even more importantly, look within the settings, to make sure that the hacker didn’t change anything in there, like authorizing another account to send/receive your emails.

Recap what you’ve done. Bring in some new forces. Brainstorm

Whether you go online to look up for articles like this one, on what should you do when you are hacked, or you call a friend and ask their help for some extra suggestions… The more people come up with ideas on how to protect yourself, the better you’ll cover yourself.

On this occasion, you might not only get new, useful ideas of what other accounts to verify and how to better protect yourself. But you also get the chance to be proactive and avoid all this terror in the future.

Breathe easily. But not too easily. Stay alert in the coming weeks

You can never know what’s in a hacker’s mind. And you can never know who’s going to get your data once it was hacked. Consequently, regardless of how well you think you’ve managed the situation, you must still monitor it, at least in the near future. So, aside from looking for suspicious activity on each of your accounts, it helps to have your friends notify you about anything fishy.

To feel truly protected, especially if you have reasons to suspect an identity theft attempt, look into an identity monitoring service that you can contract. LifeLock – which paired with Norton for some very fancy security plans – is only one option of the many out there.

If we had to remind you, such unfortunate situations are a great time to rethink your entire security mechanisms.

What antivirus have you been using? When was the last time you updated any of your security tools? Would you reconsider adding a firewall to your home network? What can you do to never again be put in the same unfortunate situation?