Why You Need To Keep Your Antivirus Updated

The only thing worse than not having antivirus software? Without a doubt, it’s having out of date antivirus software. That’s because those who deliberately ignore the importance of this kind of protection pay more attention to the websites they visit or the things they download. Whereas those who have some kind of AV protection can often consider themselves safe and, therefore, engage in riskier online activities.

Problem is, however, that any antivirus software out there is only as good as its most recent signature update. So, do you tend to ignore the update notifications of your AV? Doesn’t matter if it’s just for a few days or weeks. As long as your protection is out of date, you’re either in imminent danger… Or your computer is already infected and you’re clueless about it.

Our topic for today is, therefore, more important than ever. Perhaps it didn’t occur to you, so far, why you need to keep your antivirus updated. But following this article, you should learn more on the essentials of:

If we caught your attention, keep reading and we’ll get you back on track with practical tips on how to stay protected for good!

The kind of anti-virus protection you should be looking for

Maybe it has come to your attention that we live in a world where hackers are permanently trying to identify and exploit the vulnerabilities of the devices that we all connect to. As practice showed us, there’s no internet-connected device out there that cannot be hacked. There are only devices that hackers weren’t able to break into, so far!

Antivirus software is, of course, one of the many security layers we have at hand. In an ideal world, antivirus protection would work by anticipating what hackers – or their malicious code – might try to do and act proactively about it, blocking those attempts.

In our world, however, regardless of what AV you’re using, from what brand, and with what features… it doesn’t work that way. More specifically, the way it fights the waves of cyberthreats has to do with what it learned from the previous virus attacks.

Relying on previous experience helps us fight traditional malware. Exploits and infections happen all the time and the companies that develop security software will constantly monitor the signatures of the known malware. Once they develop code that can prevent the known malware and viruses from infecting new systems or devices, they release an update.

Even with a zero-day exploit, which is an attack that has never been seen before… It’s only a matter of time for the programmers to come up with updated protection code. While they are all working to find ways to prevent its spread, the programmers are frequently releasing updates.

For potential threats that your antivirus doesn’t really know how to classify and what to expect from it? There’s the “auto-sandboxing” technology. The sandbox is a simulated environment where your AV lets the suspicious code run to see what effects it has, without the possibility for it to spread or affect your device in any way.

And so, you need to constantly look for the best type of protection there is out there. Protection – meaning up-to-date signatures of the known malware – doesn’t just come to you. It is made readily available for the end user. But it’s the user’s responsibility to download and install it. Whether it’s about new malware that is easy to quarantine or more serious attacks that the IT security world is still fighting against… You want to be protected from it all. You want every piece of updated information on how to fight it all, that your antivirus can get.

What is antivirus update, after all?

An antivirus update instructs your version of antivirus software on the latest findings of the security company that developed it in the first place: what new threats it discovered, how those threats act, how should your AV software recognize it and what to do about it.

To recap, antivirus update is teaching your antivirus the most recently discovered threats and ways to counteract it. The more threats are released into the wild, the more information the IT security companies gather and the more updates you need to run on your antivirus.

Pay attention, though, that a smart AV will update a lot more than its signature files (meaning its database of known threat codes). It will also update its scan engine, which is responsible for the actual scanning and the adjacent activities like quarantining, cleaning, deleting viruses.

Even though the scan engine updates aren’t available as frequently as the signature files, they are very important. If it’s not something that would fix a recently discovered vulnerability of the engine, it can be an enhancement in its actual functioning, such as an increase of its scan speed or a decrease of its false positive rates.

Last but not least, some antivirus software can make you suggestions on what patches to install in order to fix the latest vulnerabilities discovered in your operating system. Particularly because OS vulnerabilities are often exploited by viruses, it is not uncommon for the AV to come with this handy feature of scanning for your device’s vulnerabilities.

Long story short, an antivirus update is most commonly a signature file update. Such a file contains a list of the known viruses, their behavior, and their identification (signature) code. An update of the antivirus would imply an update of this list of viruses and malicious behaviors, to include the latest findings. 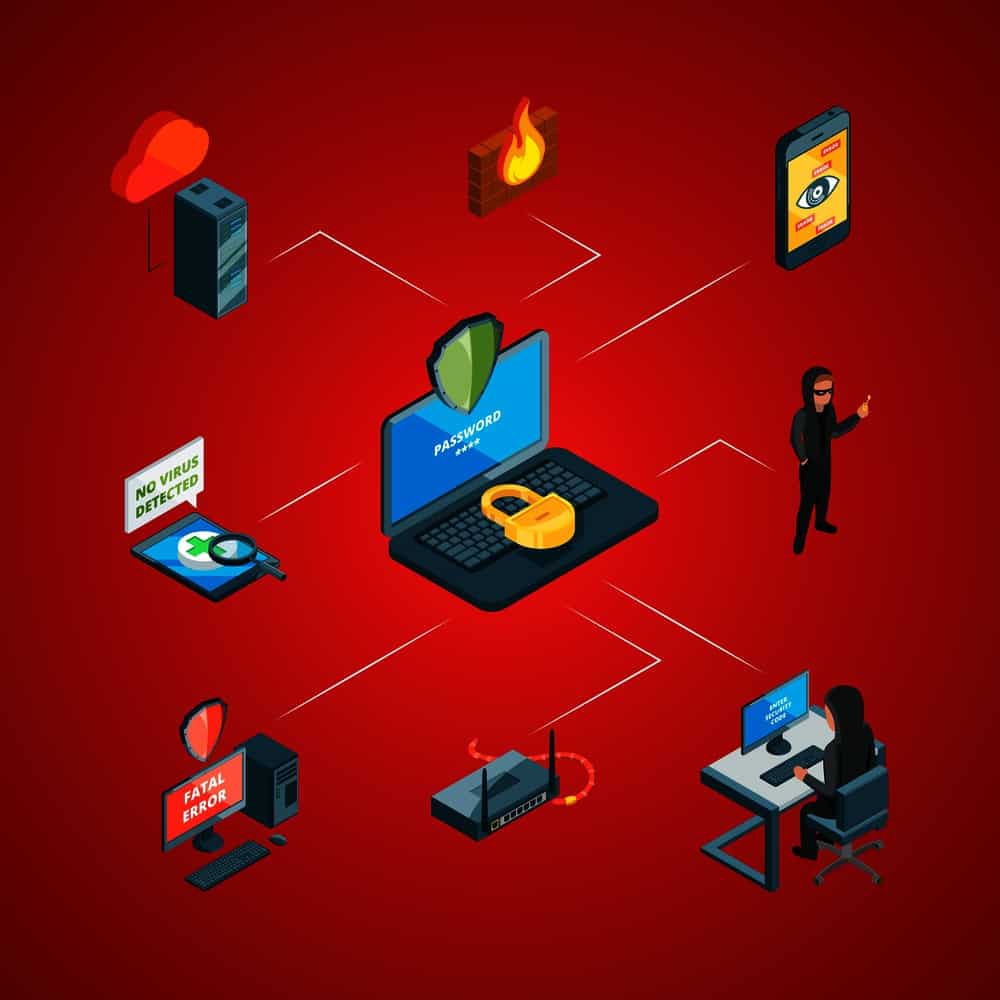 Why do we need to update antivirus software?

If there’s one thing we’d like you to take away from this article, it’s the following: your current antivirus version is only protecting you of the previously known viruses. When you stop updating it, you remain exposed in front of the new viruses and malware that are spread over the web. And there are many, many new viruses released every single day.

This should be a strong enough reason for you to update the antivirus software. After all, try to make a parallel between running the latest antivirus version and going to school every day. As a kid, if you skip your school days, you’ll often find yourself skipping valuable information. Sometimes, it’s information that will help you pass a future exam with flying colors. Other times it’s information that could surprisingly but literally save your life later on.

Your antivirus needs to “go to school” every day and learn whatever its “teachers” have to teach him. Otherwise, come a new virus and you might find yourself having to reinstall the operating system just to get rid of it. Or, even worse, you might have to pay ransom to get your data back.

When you keep your antivirus up-to-date, you’re not only protecting your device and your valuable data! But you are also contributing to the suppression of the viruses for which you received signature updates. Because more often than not, viruses could be effectively removed, if only all the internet users would join forces in deleting it from their devices.

Since the latter doesn’t happen, we end up dealing with the same old viruses. They spread from one unprotected (or out of date) device to another, taking advantage of our laziness to bring it to an end.

How often should you update your antivirus software?

Let us put it this way. Each day, hundreds of new computer viruses and Trojans are being developed. The rate at which we get to discover and find fixes for them may not be that large. Yet it is large enough for the antivirus developers to release new, signature files every other day. Sometimes, it’s even every day. Or a few times a day.

Like we said before, the more perils we’re facing, the more updates we come up with. Just like researchers are studying new viruses that cause illnesses and come up with cures and antidotes for them, so are the code developers. They work to identify and fight back computer viruses every single day.

So, whenever they found a solution and push it out to their community of users, it’s a great time for you to take advantage of it. There’s really no better answer to the question of how often should you update your antivirus protection other than: as often as you can. Or as often as your antivirus is making an update available to you.

How to update antivirus software

Given the importance of keeping your antivirus software up to date, antivirus software developers are making it easy for you to enable the available updates. With the majority of the software versions released after 2000, users have the option to run an update right from the dashboard of the AV.

Some label this option as “Live Update”, whereas others prefer to use the “Check for updates” or the plain “Update” terms. Whenever you see something like this, you should click on it and follow the prompts. Naturally, this is something you should do when you want to check if there’s any new update available.

Usually, this is also the path where you can see the current status of your antivirus software, the current version of software, the last successful update, as well as a history of the previously updated modules.

Depending on your chosen antivirus software and its active settings, you might have to manually check for updates. Or you might be able to activate the automatic program updates. In some software, the Update menu is visible right from the main window. Whereas in other software you might have to look it up underneath the Settings menu.

Either way, it’s just a matter of a few seconds to find your way to the Update menu of whatever antivirus you’re currently using. And aside from that, the software itself might display a different notification symbol. You should spot it on its icon in the status bar, at the lower-right corner of your system’s main screen. If anything changes in there, you have even more reasons to see what’s new.

Needless to say, it’s best if you can activate the automatic updates and leave it like that. The next time the AV will notify you about an available update? Don’t you even think about hitting the Later button! Because later can be too late.