Can You Rely On Windows Defender In 2019? 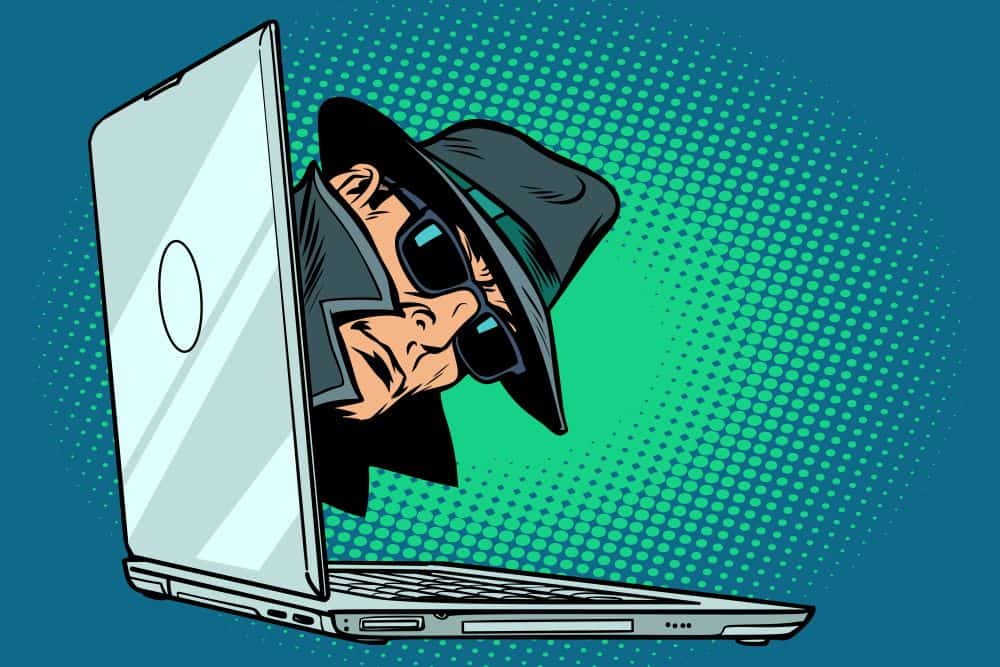 Windows Defender related web searches revolve around its efficiency. Whether it’s a forum, a Q&A platform or just a tech blog, wherever this dedicated antivirus from Windows is mentioned, people ask things like: is it enough, is it any good, how good is it? In case you were wondering why, we’ll have to say this: because it used to be lousy.

It’s not like we can hide it under the rug. But we don’t need to do it either, since it has significantly improved in the past years. Of course, the public memory doesn’t forgive and doesn’t forget. That’s why so many people still ask if you can rely on Windows Defender in 2019.

If you’re one of them, you’ll have to read this. By the end of it, you might be tempted to try the Windows Defender, even if you have a Mac. That’s right, you’ve read that well!

Not an antivirus by definition, Windows Defender is, in fact, an anti-malware tool. Just like its name suggests, not any tool, but Microsoft’s proprietary product. Those running on Windows 8.1 or 10 would know it because they have access to it by default.

Back in its early days, it was pretty ineffective, so much so that it scored terrible results in the most lab tests. Years of perfectly-entitled criticism later, the improved version is pretty much like a knight in shining armor. Not just compared to what it used to be, but rather compared to other competitive products in the same segment.

To those who want to know whether is Windows Defender any good, we can definitely say a YES. But how good is it, really, it’s something we’ll have to closely look into. So, our purpose coming up next is to establish how good it has become, after all the improvements it received.

How good is Windows Defender? The advanced scanning options

Windows Defender was designed to provide real-time protection. For this reason, its real-time protection feature is active by default. Practically, the anti-malware tool will run in the background, doing its work with very little system impact. Many users would swear that they barely notice it running. But you can be sure that once a threat has been identified, the Defender will push a notification that you just won’t be able to ignore.

Now, apart from the real-time protection, users can choose between: the Quick, the Full, the Custom, and the Offline scanning options. The Quick scan is a pretty common feature with many antivirus software. So, allow us to assume it needs no other introduction and just focus on the other options.

We’ve seen it before, with more reputable antivirus names. Just because some software offers some scanning options, it doesn’t really mean it’s good enough, right? In theory, most of them claim to rely on the same scanning options, mechanisms, and algorithms.

The real difference, however, is made in practice. But before the actual practice, aka people getting their devices infected while relying on unreliable antivirus software? Well, before that, lab scores are giving us all the hints of how effective they are.

To kill the suspense, Windows 10 Defender got mixed results with different tests conducted by independent testing labs. We did notice that a constant finding of all these lab scores revolved around the false positives rates.

In other words, it does tend to generate false positive results with its scans. But hey, better to see viruses where they aren’t than not to see them where they really are, right? Now, back to the detection rates and scores…

Given the mixed results, we can assume that the Windows Defender does at least a decent job at finding and removing the most common cyber threats. And for regular users, it is safe to assume that it is good enough to protect against viruses and malware. 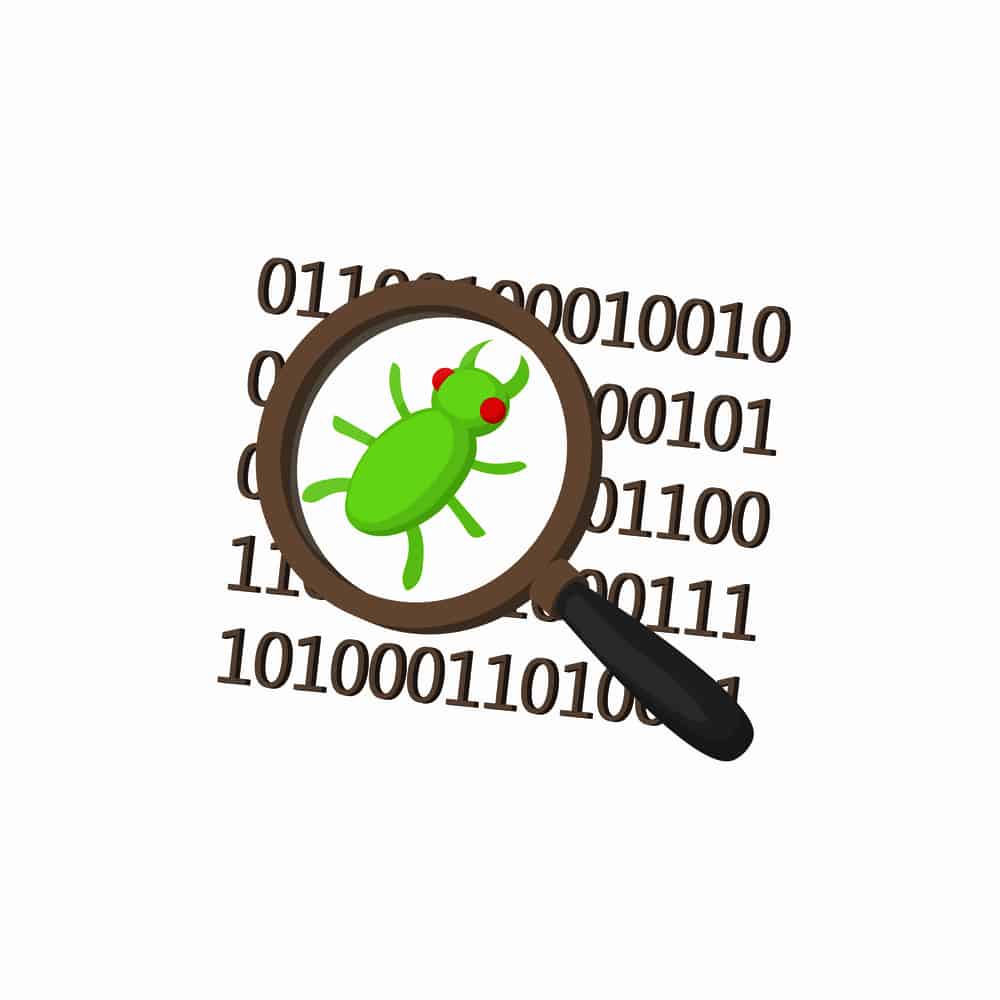 A closer look at what’s in it for you

So far, we focused on its general effectiveness as an antivirus. But you must know by now that antivirus software competes in terms of extra features. So, it is not uncommon for users to demand a lot more than a mean to detect malware.

From this perspective, the Windows Defender antivirus stands out as a tool that requires no installation whatsoever! That’s right, when getting yourself a device and installing the latest Windows OS version, you’re also getting the Defender by default.

You’ll see its icon easily accessible from within the notification area. And suffices to click on it for the full window of the Windows Defender Security Center to expand on the screen. When launching the security center interface, you’ll be directly pointed to the main window.

In there, you have access to a report of the current security status along with 6 main feature pages, each one with its large icon. At the left of these large icons, you have a small menu displayed as a left rail menu, from where you can also easily navigate.

A much-coveted feature that the expensive antivirus software out there include in their top-tier, super-expensive packages, this firewall is a pleasant surprise. Simple yet effective, it can certainly bring in a welcomed, comprehensive level of protection to your home network.

If you were wondering how to get to it, you’ve guessed, you must head to the Windows Defender Security Center above mentioned. In there, you can manually select the app permissions in relation to the firewall settings.

The parental control and its family options

Yet another awesome feature that you can barely find for free with other antivirus software! These parental control functions integrated with Windows Defender will serve well your entire family. Users can set up accounts for each family member, individually. While all the accounts can be controlled from a general account (the admin account).

For each of these accounts, the admin has plenty of options to set up parameters and device use limitations. Think of blocking access to alternative browsers. Or, better yet, setting content access limits for the Edge browser specifically.

In a nutshell, the family options allow you to choose:

To top it off, the same feature brings in an overview of the health and security of all the devices associated with the family members. Up-to-date, device security, and health status indicators are assigned to the devices, all of which can be seen at a glance.

Problem is, however, that many Windows users still prefer to use other browsers, leaving the native options aside. To put it simple, if you’re one of them and you still want this kind of protection even when using, for instance, Google Chrome, look for the separate plug-in.

As of April 2018, Microsoft released an anti-phishing plugin dedicated to Chrome. One that doesn’t disable Chrome’s built-in browsing protection, but rather adds to it.

The ransomware protection you’ll find with the Windows Defender antivirus is an extra proof that Microsoft is committed to overdeliver. Many would call this feature a hidden gem, partly because it is a much-appreciated feature, partly because it is turned off by default and literally difficult to find.

Users must navigate all the way to the Controlled folder access and enable the Ransomware protection from there. Once this step is taken, the Defender will automatically protect your data stored within the folders of Pictures, Music, Videos, Documents, Favorites, and (kind of unexpectedly!) the Desktop folder.

For users who usually drop all kinds of things on the Desktop (software included), the Ransomware protection might get a tad annoying when blocking whatever software from doing anything on the Desktop.

Yet another relatively annoying detail, the Defender’s ransomware protection will only let you extend trust to a program from the security center. Software in one of the protected folders is blocked and you want to grant it permission to operate? You need to head to the settings to do so. With other antivirus software, this permission can be instantly granted from that first blocking notification message.

The pros & cons of relying on the Windows Defender in 2019

Making our way towards a conclusion on how good is Windows Defender antivirus, we need to make a recap. And so, we outlined, in as simple and little words as we could, all the goods and the bads we’ve found in it so far:

On the plus side, the Windows Defender antivirus is:

As downsides, we can’t help but notice that it has:

Without a doubt, it offers antivirus protection, along with:

Now, it doesn’t take much science to notice how the Defender doesn’t pack in all the rich features of other antivirus software. At the same time, it does bring a lot more than bare antivirus to the table.

Wondering who’s going to like it and consider it enough?

If you ask us, we’d say Windows Defender is best intended for beginner computer users, who don’t do sophisticated things on their devices. But also, for regular users in need of standard device protection. Last but not least, if your computer is not much of a power horse and you can’t afford to spend its limited resources on some bulky antivirus software, you too might settle for it.

As always, choosing it over any other antivirus software will depend on how you spend your time online. Your priorities and expectations should also play a major role in the final decision. Because if you want the best you can get, you’re probably better with the leading brands like Bitdefender, Avast, Norton or Kaspersky.

If you’re in between and just want to know how reliable is Windows Defender, you’ve got your answer. It is quite reliable and can easily fit a top 10.

And because we’ve made you a promise at the beginning of our article, we have to add this. As of 28th of June 2019, Microsoft announced the release of their Microsoft Defender ATP for Mac. More details here – definitely check it out if you’re a Mac user curious to see how good is Windows Defender!