Should I Use More Than One Antivirus Software? 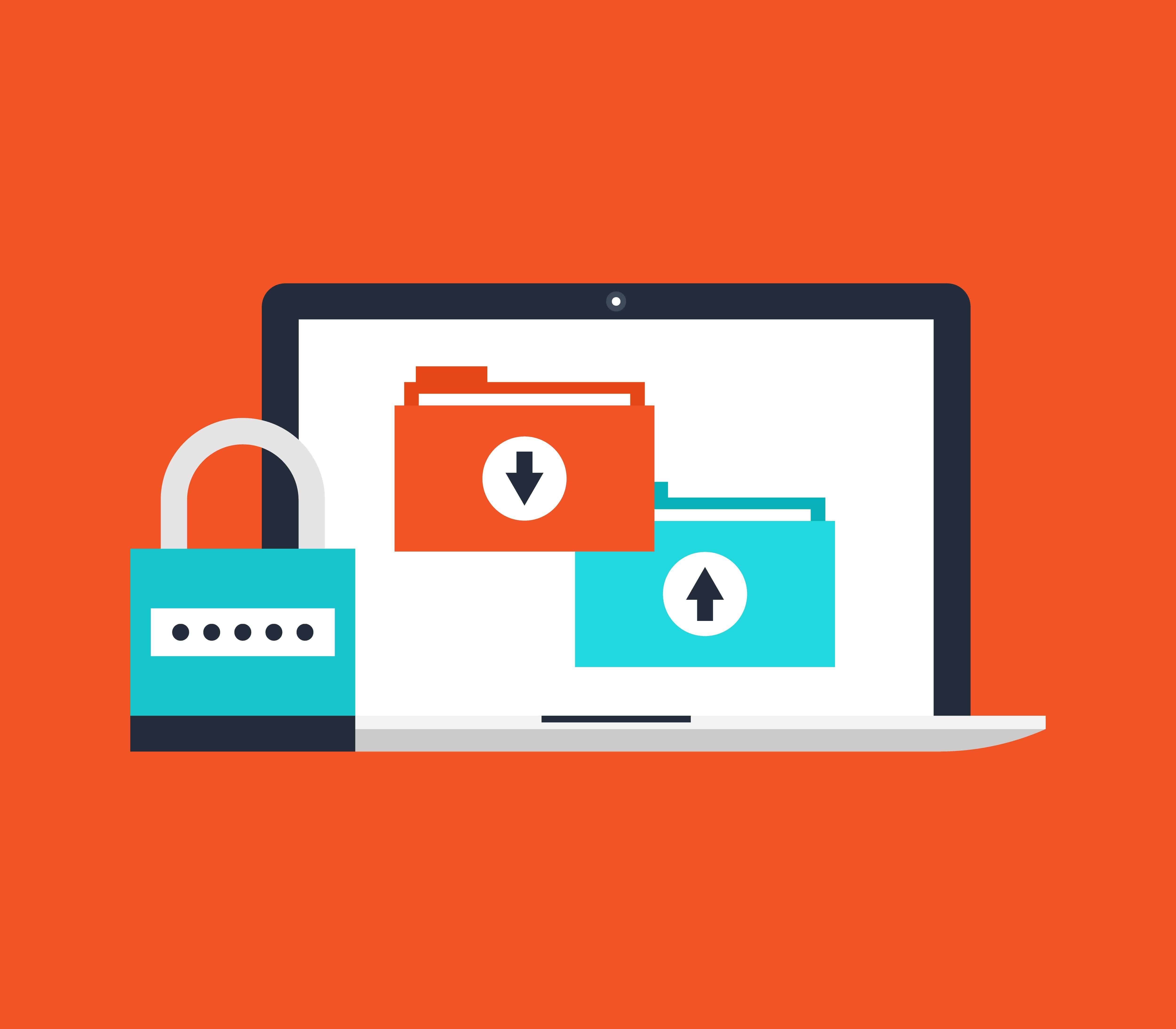 Let’s face it, the idea of running two antivirus programs at the same time is tempting. We hear, after all, more and more news on viruses, trojans, and worms that swarm across the internet. We get scared, and it’s normal.

We feel the need to protect ourselves. Our loved ones. And our most sensitive data. And so, the idea of multiple antivirus programs installed comes into play. But is it really a good idea?

You’re going to get in trouble.

Again, is that really so? Or is it just something that antivirus software developers promote? Because they sure want to prevent you from going to their competitors and trying their products, don’t they?

Coming up next, we’re going to show you exactly why the advice is far from a marketing attempt. That’s right, running multiple antivirus software at the same time is, indeed, a bad idea.

You don’t have to take our word for it, nor anyone else’s. Just read the following information and decide for yourself. We’ll stick to underlining the logic behind it all, you take the call.

The answer lies in how antivirus software works on a computer

Take off the nicely wrapped advertising messages and you’re left with software that does pretty much the same:

Now, imagine you have two different programs trying to do all of the above. At the same time. What happens is that you’ll get:

And the entire above happens without you getting to benefit from significantly improved protection. Pay attention to the “significantly” part, as that’s what is supposed to make a difference, right?

You wanted not one, but two different antivirus software hoping that this will keep you twice safer. And perhaps you would have gone through all the drawbacks we just mentioned, if only…

Reason #1 for a big NO: you give away too much and get back too little!

System scans are one side of the many processes involved with antivirus programs. In practice, there are quite a lot of operations that such software conducts, all of which require system memory.

It’s a no brainer that running two such software at the same time will take a toll on your device’s effectiveness. Whether the performances of the PC will be significantly reduced or completely messed up… That’s just a matter of system configuration and the resources requirements each software comes with.

Either way, the benefits of having multiple antivirus programs don’t multiply as expected.

That’s because they are all running operations that are mostly redundant. They don’t work differently to protect you in different ways, thus ensure you and extended protection.

The detection rates vary within 1-2%, according to most of the reputable test labs out there. So, if you ask us, this is the number one reason why we advise people not to run two real-time antivirus software at the same time.

Let us put it this way. Regardless of what two AV software you choose, at least 90% of their functionality is the same. What is not the same, however, is the RAM consumption required to enhance your detection rate from 98% to 99%. Using 1GB of your system RAM instead of just 0.5 for that 1% enhanced detection rate doesn’t really pay off as expected, does it?

In a nutshell, it’s a waste of system resources! And we don’t just say this with regards to your RAM resources. The CPU processing time is yet another valuable resource that you’re about to waste.

Reason #2 for a big NO: you’re about to wreak havoc on your system

Again, some people may be fine, even when wasting so many system resources. But when you start bumping into all kinds of annoying events and unnecessary interruptions… Let’s just say you may start to see things differently. Here’s why the odds are against you on this one…

Each of the antivirus programs you’re running on the device is meant to monitor the device. They do so for an exhaustively long list of what’s considered suspicious activity:

Whatever it finds, it has to eradicate it. And it has to do so as soon as possible.

Imagine each of the antivirus programs will spot a threat. The same threat. Who gets to quarantine that threat, first?

That’s because right after that, the software that missed the opportunity to move the threat to quarantine will be “puzzled” by the sudden disappearance of the suspicious file. So, expect tons of error messages to start pouring in.

What’s worse from all that?

When two antivirus software fight for performing one task, it will appear as if one of them won the battle. But you can never be too sure about the outcomes. In other words, it is possible that none of them was able to successfully quarantine the threat!

To kill the suspense, if you use more than one antivirus software you can expect to keep getting bogus warning messages. And protection that is worse than if you’d run only one software.

Feeling confused and insecure about getting yourself the best protection available out there? No need to… 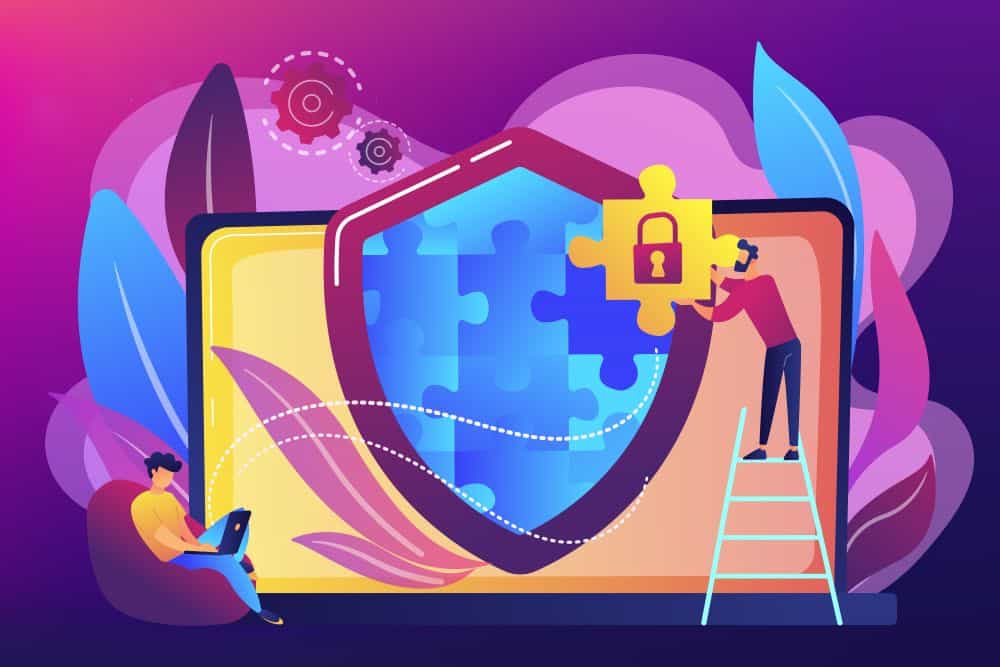 The secret to avoiding these traps while still enjoying reliable protection

Your problem is that you want to benefit from a wider range of scanning and detection mechanisms. You hope that by installing more software you get more of those. But you’re only getting more problems and software conflicts.

Consequently, the solution that spares you from all the problems is to find one antivirus software that gives you the highest protection. The type of software that includes multiple scanning engines and detection mechanisms.

By far the biggest advantage of a bundled AV is that all of those features are tuned to work together flawlessly. That will spare you from all the conflicts. A program with multi-layer protection is just as good. But if you can find one that relies on both multiple scanning engines and layered protection, it’s a winner.

To recap, the answer to your initial question – Should I use more than one antivirus software? – is a big NO.

If you don’t like your current antivirus software, change it for a better one. Don’t just add another one. And don’t let yourself fooled by a free offer. That free offer will do the same when bumping into another antivirus that runs on your PC.

The ideal antivirus software offerings and combinations of protection mechanisms

Best case scenario, your antivirus should include real time scanning, web navigation protection, behavior blocking file monitoring, and even a dedicated anti-ransomware module. The Norton 360 with LifeLock package is one of those bundles that prepare you for pretty much anything. But it’s also one of the most expensive offers on the market.

While not necessarily going for that one, try to have one software that bundles as many protection mechanisms as possible. And then and only then, consider using an on-demand scanner, for a second opinion scan. For this purpose, pick a cloud-based scanner, to put as little extra pressure on your system as possible.

Alternatively, you could consider using a combination of a good antivirus and a dedicated firewall. This one, too, can support the occasional scanning on demand, from a third-party. In this particular case, you keep an eye on everything that enters your device (with the AV) and your network (with the firewall). Then, from time to time, you get to double check the efficiency of these two, scanning with a second scanner.

Otherwise, don’t bother with simultaneously using such software. You’re not saving time and you’re certainly not making your life easier.

Long story short, if you insist, you can have two antivirus software installed on your device, at the same time. However, you should never ever run them simultaneously.

Instead of feeling frustrated or more vulnerable, remember it’s rather useless to run two real-time antivirus programs at the same time.

Use instead one real-time AV and a firewall or an on-demand malware scanner. If you want just one, go for a security suite….

You could consider the Windows Defender protection that we have recently discussed here.

Or, pounder a little more about the benefits of using Free or Paid antivirus – which is best?

For your firewall options, we’ve discussed the best firewall products for Windows in 2019 here.

Needless to say, there are far better alternatives to using two antivirus software simultaneously. Just to be clear, two AVs at the same time is a terrible idea even if you pick the best ones you can find on the market! The problem is not about the programs, but about how they work with each other.